In the 18th and 19th centuries, the Grand Tour was a traditional coming-of-age trip for young, upper-class men (and a few chaperoned women) to journey across Europe, see great works of the Renaissance and antiquity and perfect the local lingo.

When the architect Owen Jones embarked on his own Grand Tour in 1832, having already been studying and working professionally for a few years, he went in search of a new style of design. It was patterns and colour that excited him, sparking a desire to explore further afield than Europe’s classical architecture.

In 'The Grammar of Ornament' Jones wrote:"Form without colour is like a body without a soul."

After journeying through Italy and Greece, he wanted to dissect the ancient and Islamic architecture of Egypt, Turkey and, most notably, the Alhambra in Spain. Armed with his sketchbooks and travel journals, he made detailed studies of the designs and decorations he encountered which would form the basis of his theories on colour and pattern. Theories that continue to be read in his seminal resource book The Grammar of Ornament.

In Greece, Jones met French architect Jules Goury and the pair continued their travels together on to Egypt. Here, Jones made sketches of the decorative details that embellished the country's ancient temples, as well as producing a series of watercolour paintings in Cairo and other locations around the country.

Details from the Süleymaniye Mosque, Owen Jones © the Victoria and Albert Museum, London

Travelling to Constantinople (a.k.a modern-day Istanbul) the pair studied the Islamic architecture of the grand Süleymaniye Mosque. These days, Jones is so highly regarded for his theories on interior design and decorations, that it's almost forgotten he was an architect.

Spain and the Alhambra
Photograph by Jean Laurent of Interior view of the hall of ambassadors, Alhambra © the Victoria and Albert Museum, London

Drawing of wall decorations at the Alhambra, Owen Jones © the Victoria and Albert Museum, London

Drawing of wall decoration at the Alhambra, Owen Jones © the Victoria and Albert Museum, London

Drawing of a wall decoration at the Alhambra, Owen Jones © the Victoria and Albert Museum, London

Without a doubt, the building which had the biggest impact on the pair during their trip – and on Jones' design theories – was the Alhambra in Granada, Spain. They spent six months painting and drawing the intricate details of the lavishly decorated Moorish palace. Its vivid and ornate tiled mosaics, designed in complicated mathematical patterns had a particular effect on Jones. As he went on to write in The Grammar of Ornament, "Form without colour is like a body without a soul."

Chromolithographs from Plans, Elevations and Details of the Alhambra, Owen Jones © the Victoria and Albert Museum, London

Sadly, Goury died of cholera during the pair’s six months in Spain and when Jones returned he was determined to publish their studies. At the time, lacklustre colour printing techniques would not do justice to the vibrancy of the Alhambra’s patterns; so collaborating with chemists, Jones decided to take on the printing himself through researching chromolithography. This allowed him to print his work Plans, Elevations and Details of the Alhambra.

In 1851, Jones applied what he had learned on his Grand Tour to the interior designs of the Crystal Palace for the Great Exhibition. He put his colour theories to the first public test in a simple red, blue and yellow colour scheme. Although it was negatively received by the press, Jones was confident in his theories and, thankfully for the history of design, continued on.

Photograph by Pierre Henry Delamotte of Owen Jones' Alhambra Court at the Crystal Palace © the Victoria and Albert Museum, London

He went on to play a key role in the founding of the South Kensington Museum, a little place you may now know of as the V&A. When we began our collaboration with the Museum, their incredibly extensive Owen Jones archive was a natural choice to delve into. The colourful, geometric patterns inspired by the Alhambra, and floral motifs that mimic the ornament of Chinese decoration lend themselves beautifully to patterns for notebooks, wedding invitations and stationery sets – all of which can be personalised on our site.

Leaf through a few of our Owen Jones notebooks below and find a journal for your own travels, or browse the whole V&A collection here. 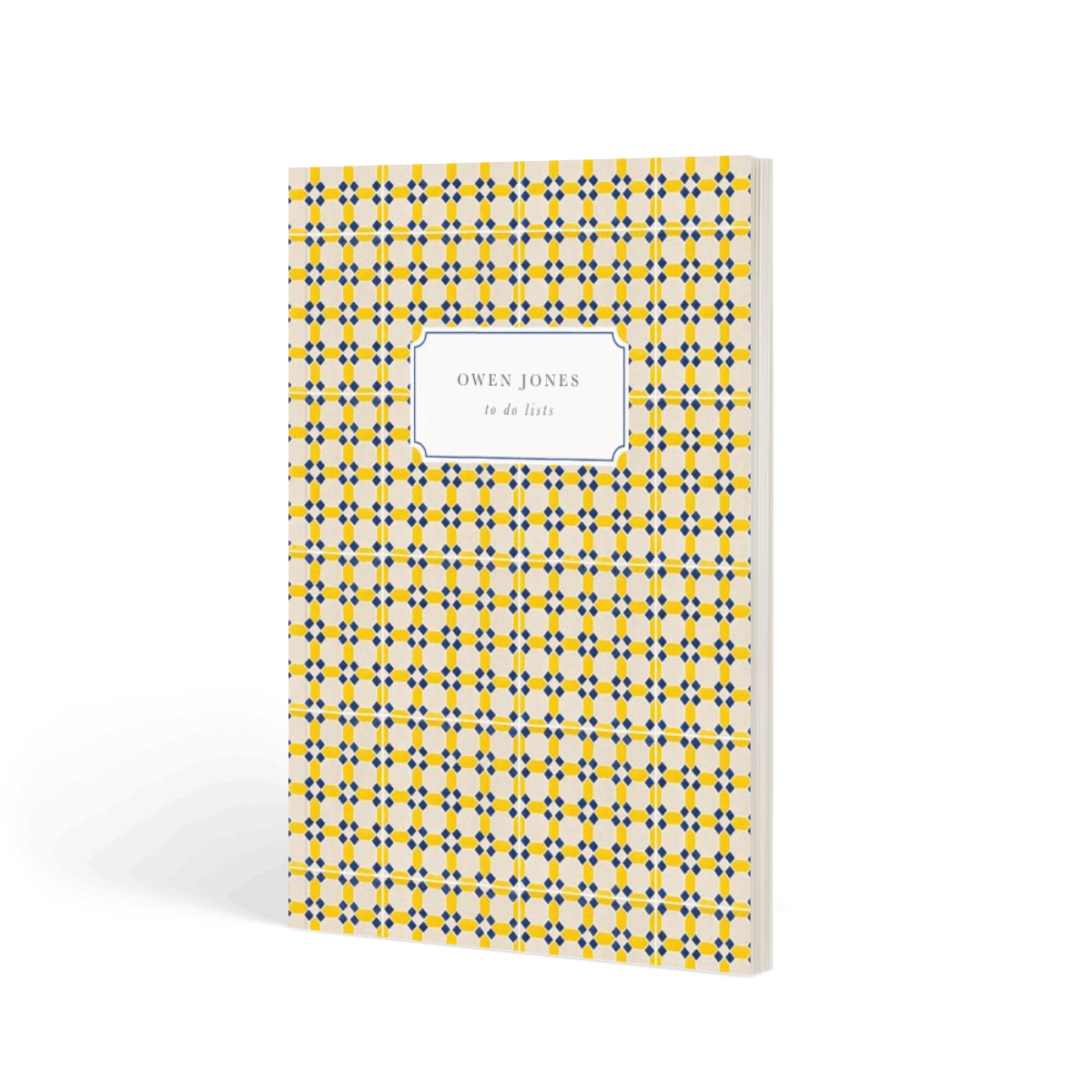 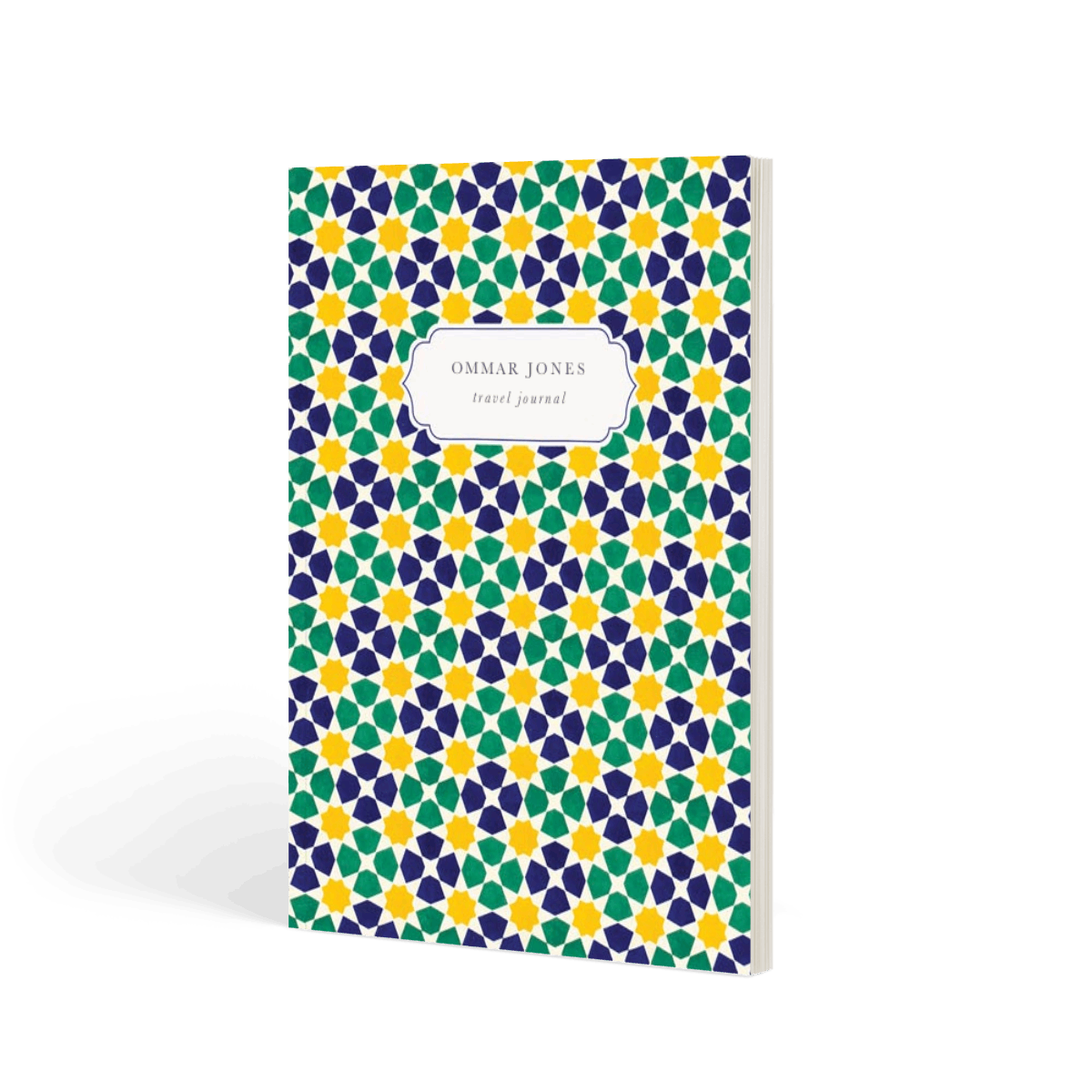 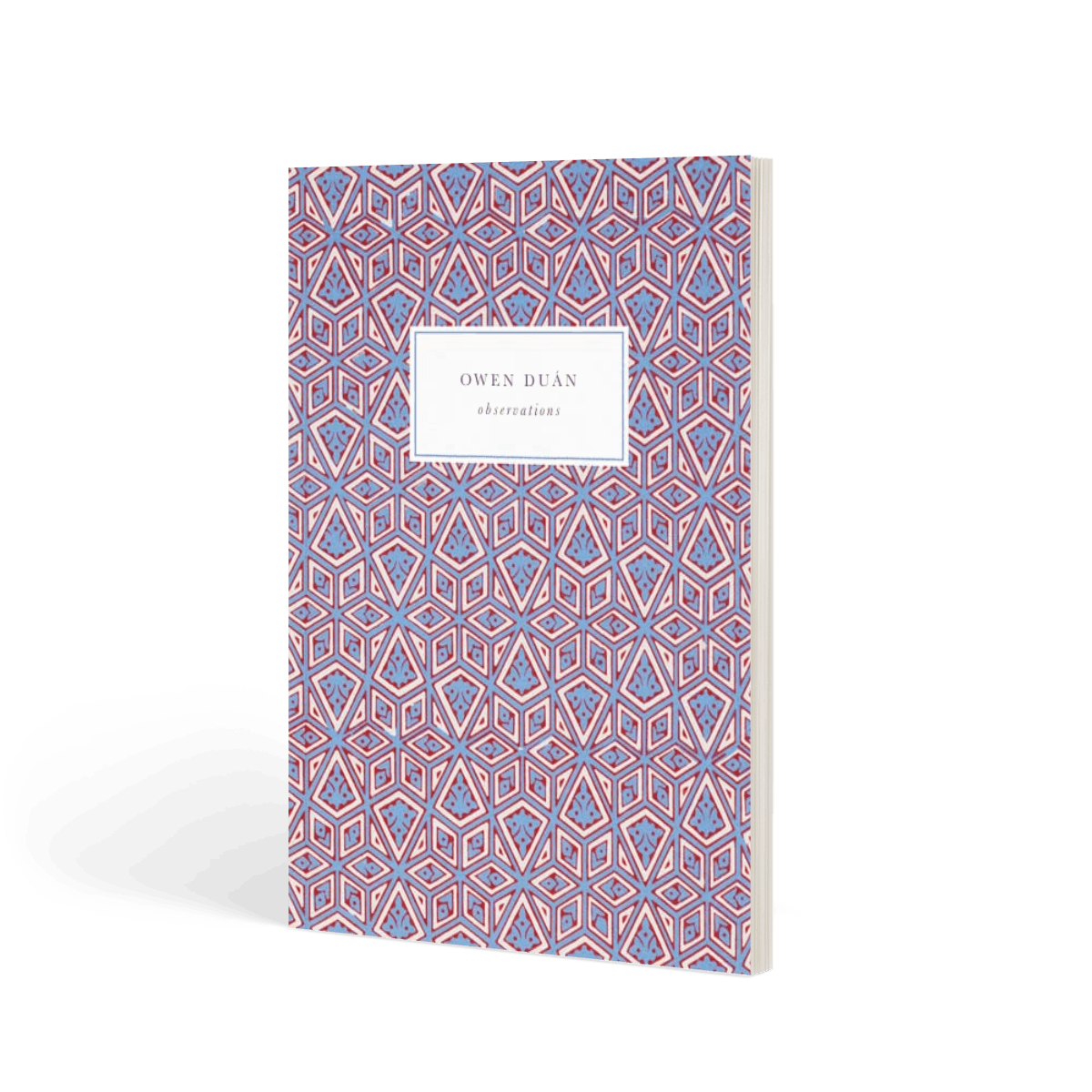 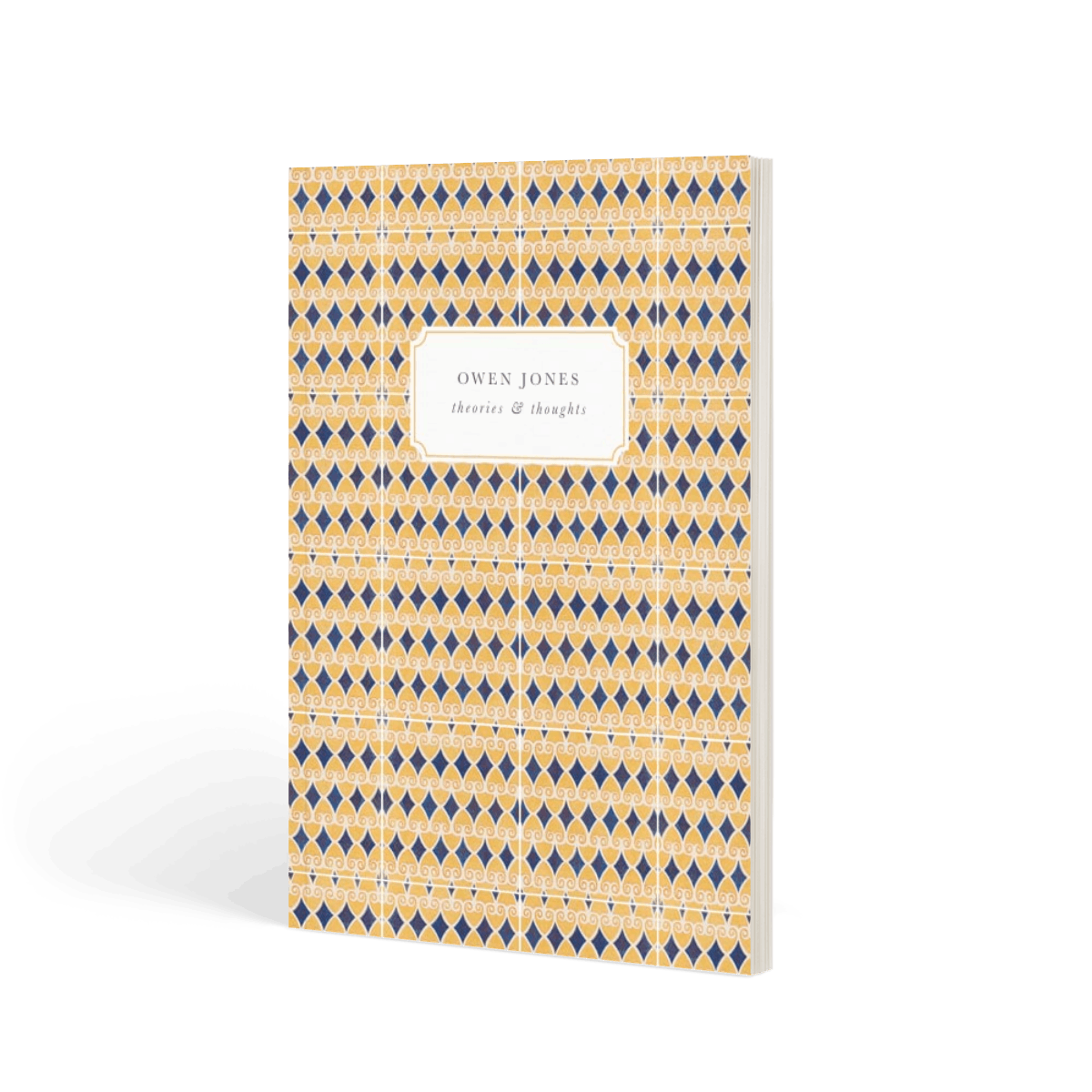 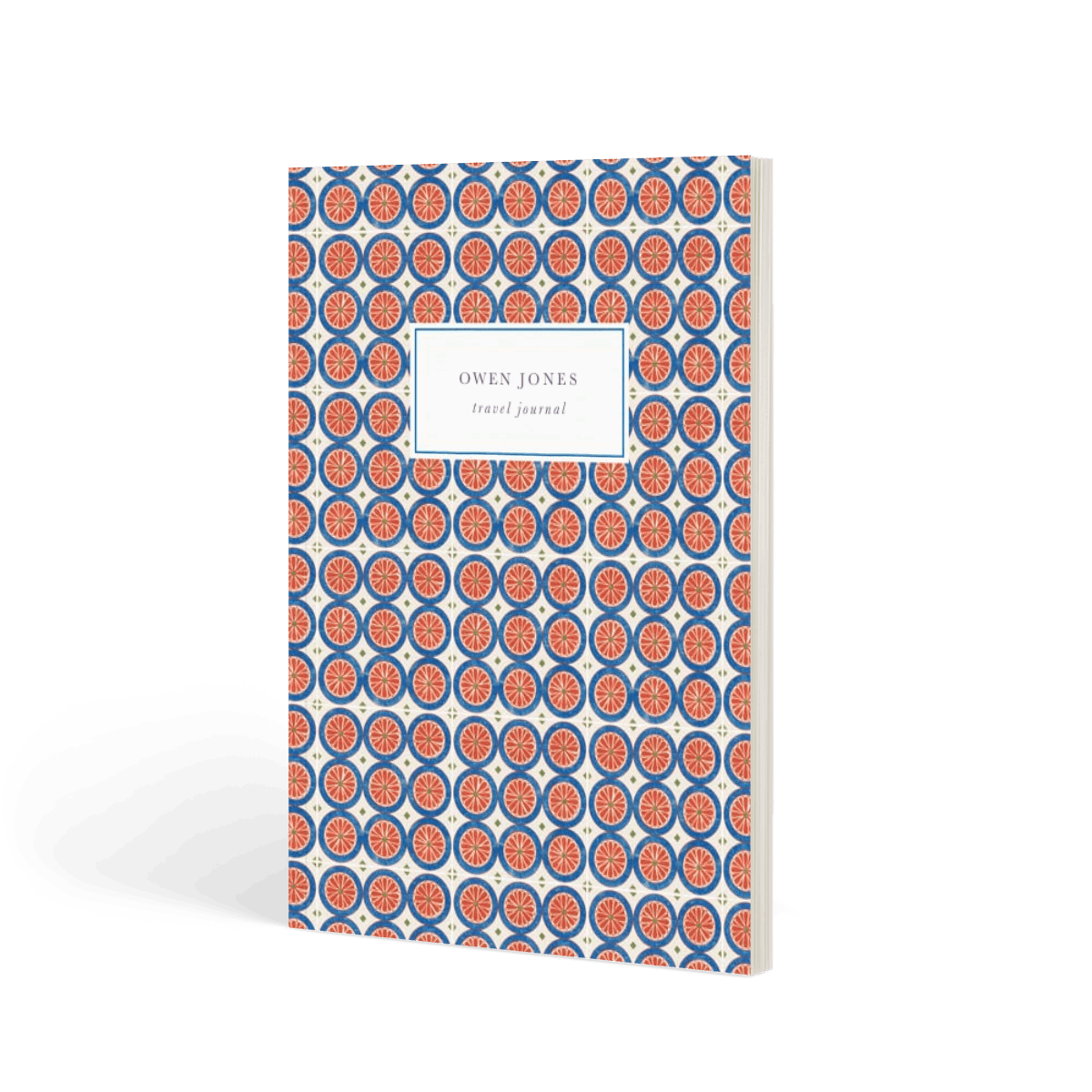 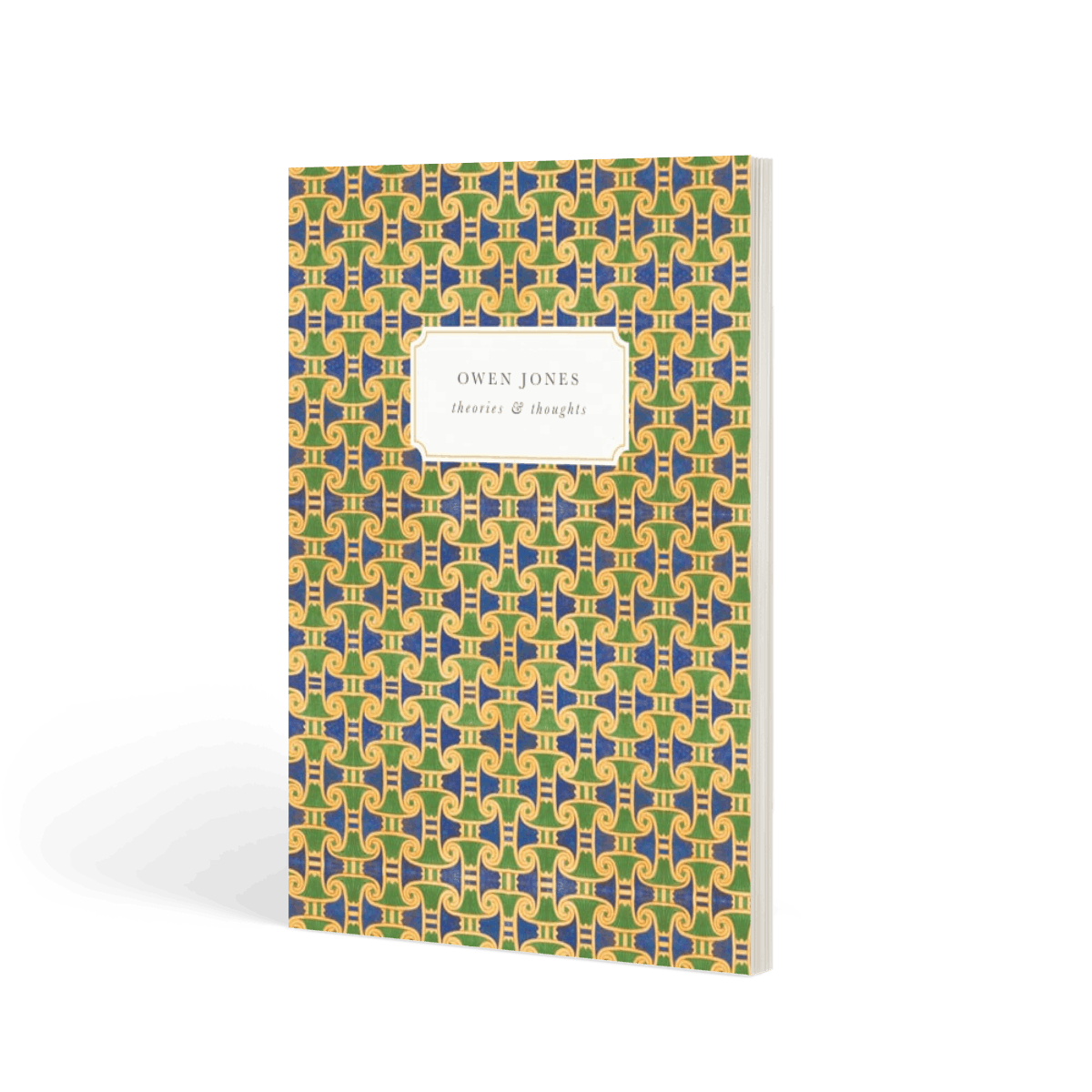 If you're visiting the Alhambra these days, make sure to head into central Granada, home of complimentary tapas. The portions may not be as overly-generous as when this writer first went a few years ago – ham and eggs cooked fresh with every drink ordered – but it's still abundant enough that going for a couple of pre-dinner sangrias could well lead to cancelling your restaurant reservations. If you're after a taste of real tapas, this is the place. 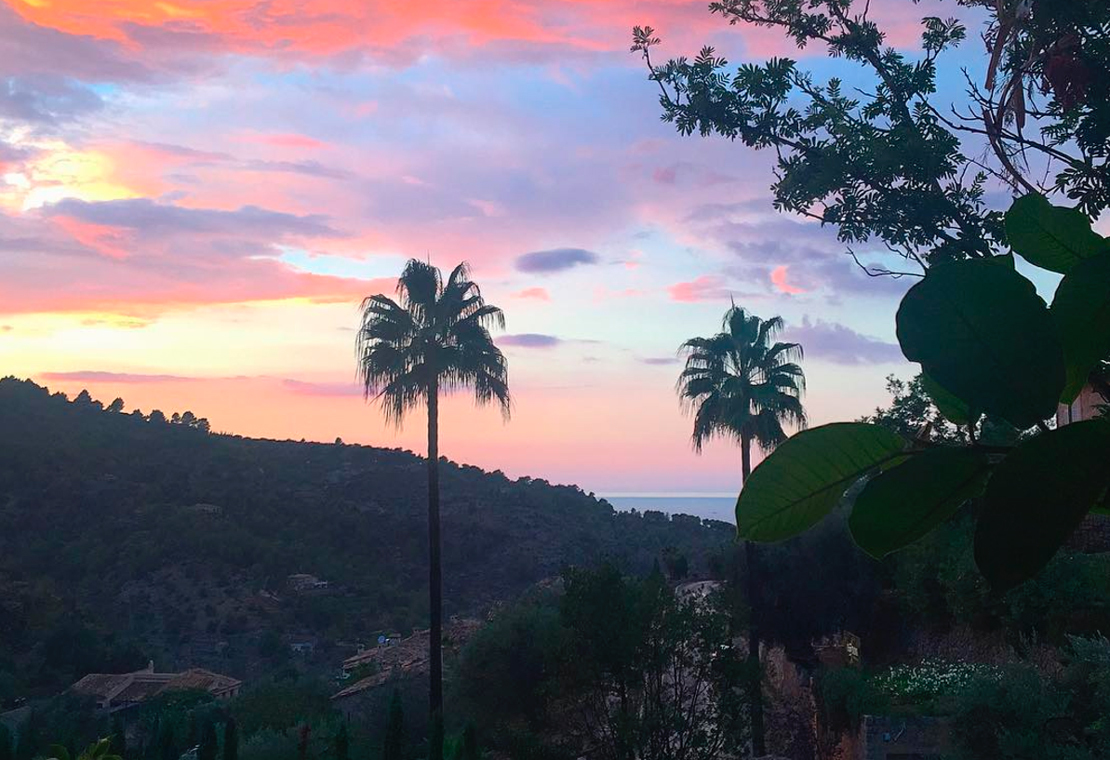 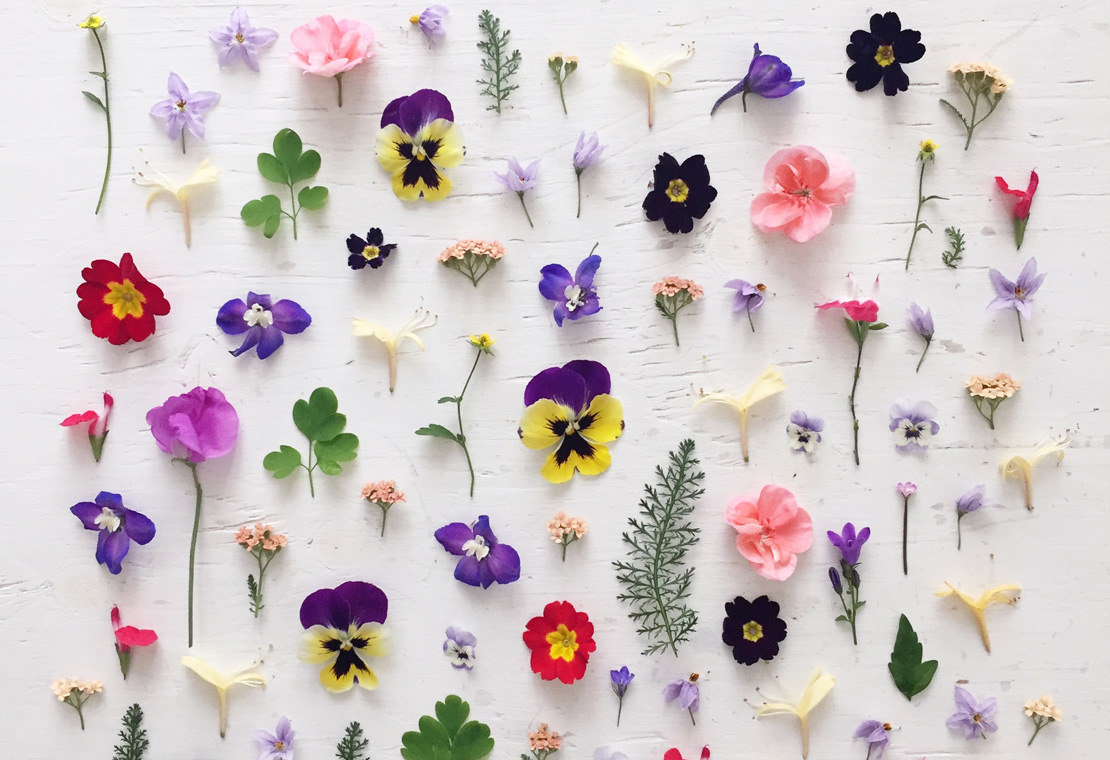