The First 5 Years: Memories from the Papier Team

We’ve had some good times and some even better times at Papier. There’s been popstar impersonators, exciting office moves and the only mixed team in an otherwise all male 5-a-side league to name just three of the many wonderful moments.

Here, on Papier's 5th birthday, a few team members share some of their fondest memories so far. 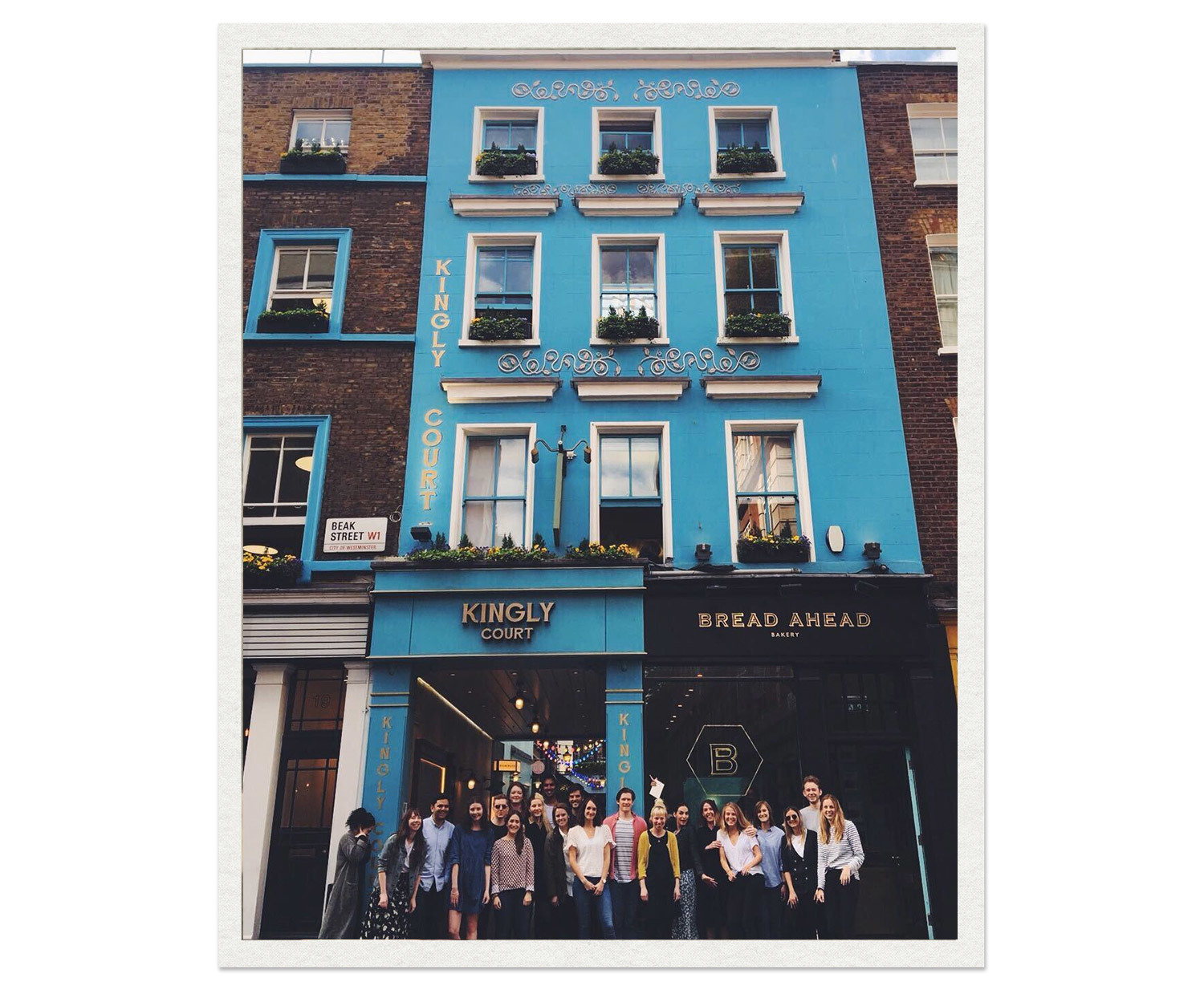 Sophie, Brand Director (started 2015)
“After a couple of months spent working from the corner of a desk in a tiny shared office in a soulless, purpose-built, co-working space, we lucked out in finding the perfect first home for the newly formed Papier team (just 3 of us at that time). A 3rd floor office in a wonky, bright blue, flower box-bedecked building on Beak Street, Soho, with no air con, no lift and borrowed 'non-office' furniture became our home for the next 2 years and was perfectly Papier.

The bustling streets of Soho below offered a plethora of delicious food and coffee options, the numerous galleries close by led to regular lunchtime art trips and the weekly cacophony of chanting from the Hare Krishnas going around Carnaby Street lifted our spirits on even the greyest days. The vibrancy of Soho was a constant source of inspiration for us as we started to build the brand.” 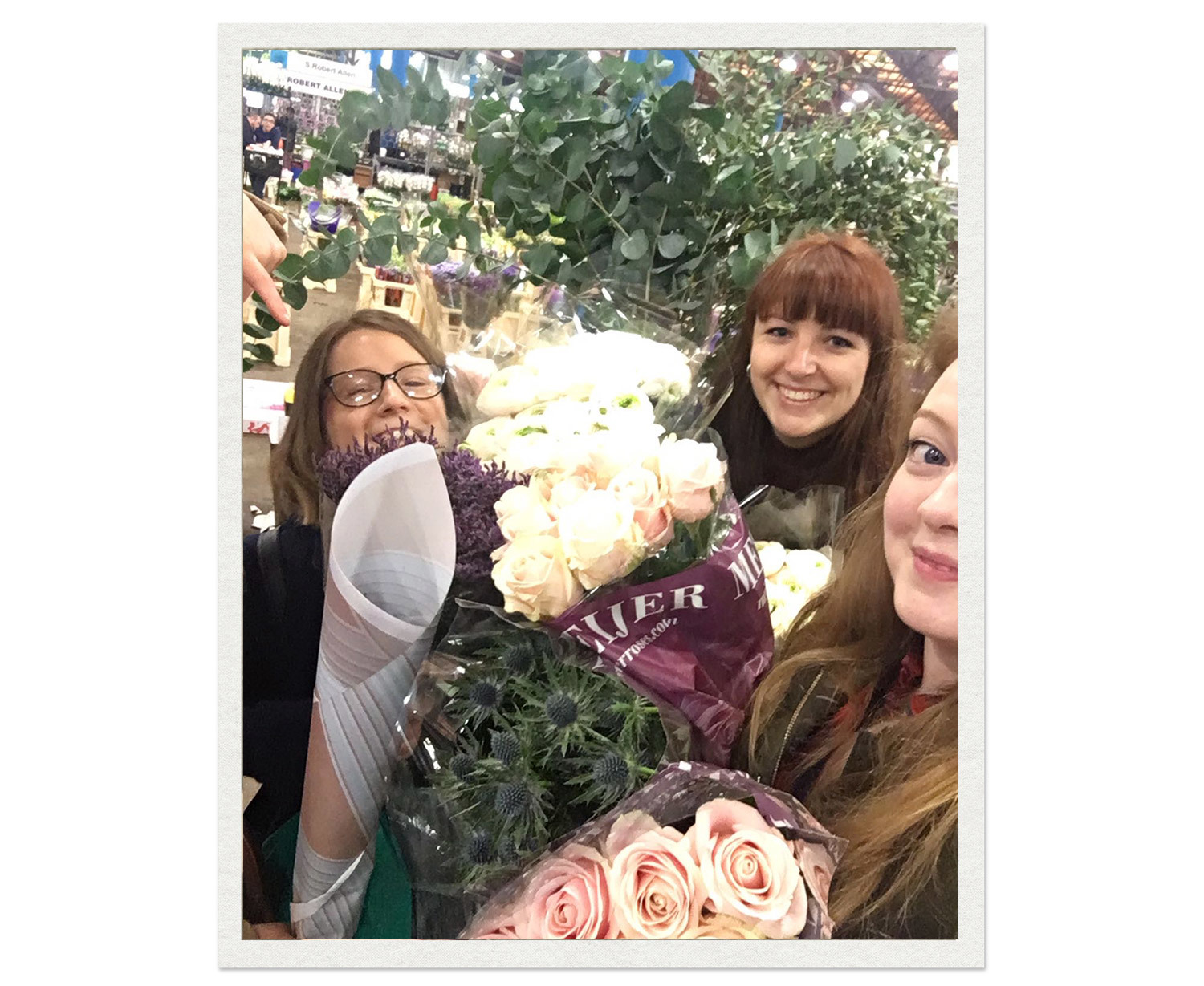 Rachel, Head of Customer Service (started 2016)
“One of my favourite memories of the early days at Papier was a 6am trip to New Covent Garden Market to get flowers for our stand at our first ever wedding fair. Armed with a piece of paper with scribbles of flower names from our Creative Director Christina, and very little flower knowledge, four of us assembled outside the market ready to brave an overwhelming array of floral options.

After some fairly bad haggling with stall holders, we somehow managed to come out of it with enough floral ingredients for 6 bouquets, just a few pence under our very strict budget.” 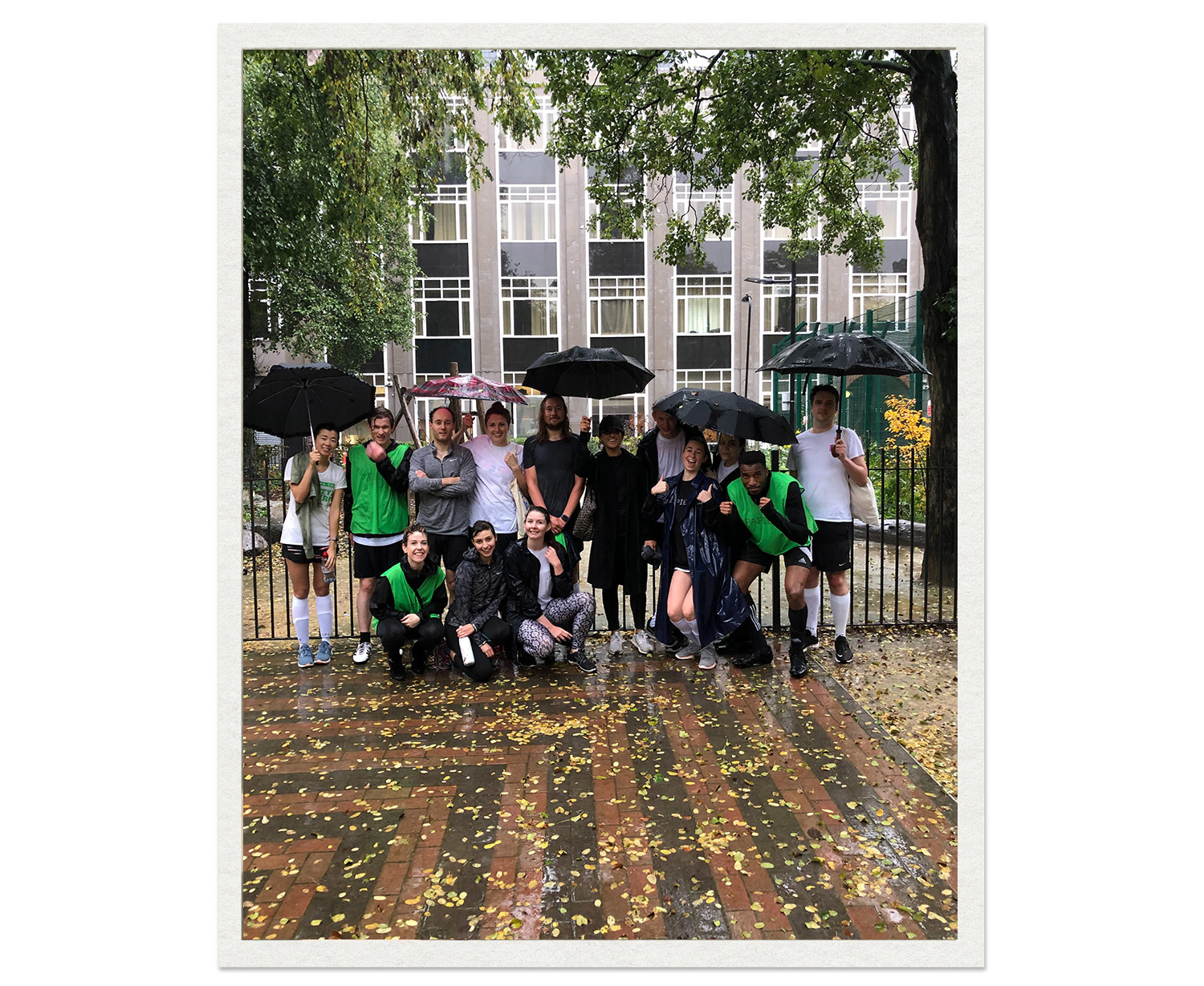 Claire, PA to CEO (started 2018)
"It's so hard to pick a favourite Papier memory, but one of the best has to be the final game of the Fitzrovia, lunchtime 5-a-side league we entered. Most of the teams we played against in our season showed up with five players and a sub, we consistently took over ten players and had to substitute every few minutes to let everyone have a turn on the pitch!

On the day of our final game, we took a team of 15 or more players and on top of that, managed to convince most of the office to come out to watch and cheer. It was just like a real match, the team we were playing were shocked to see 40 odd strong fanbase cheering their hearts out from outside the cage. We lost the game but it felt like the biggest win ever to have everyone supporting each other and having so much fun. Truly symbolic for me of the joy of being part of Team Papier, on and off the pitch!" 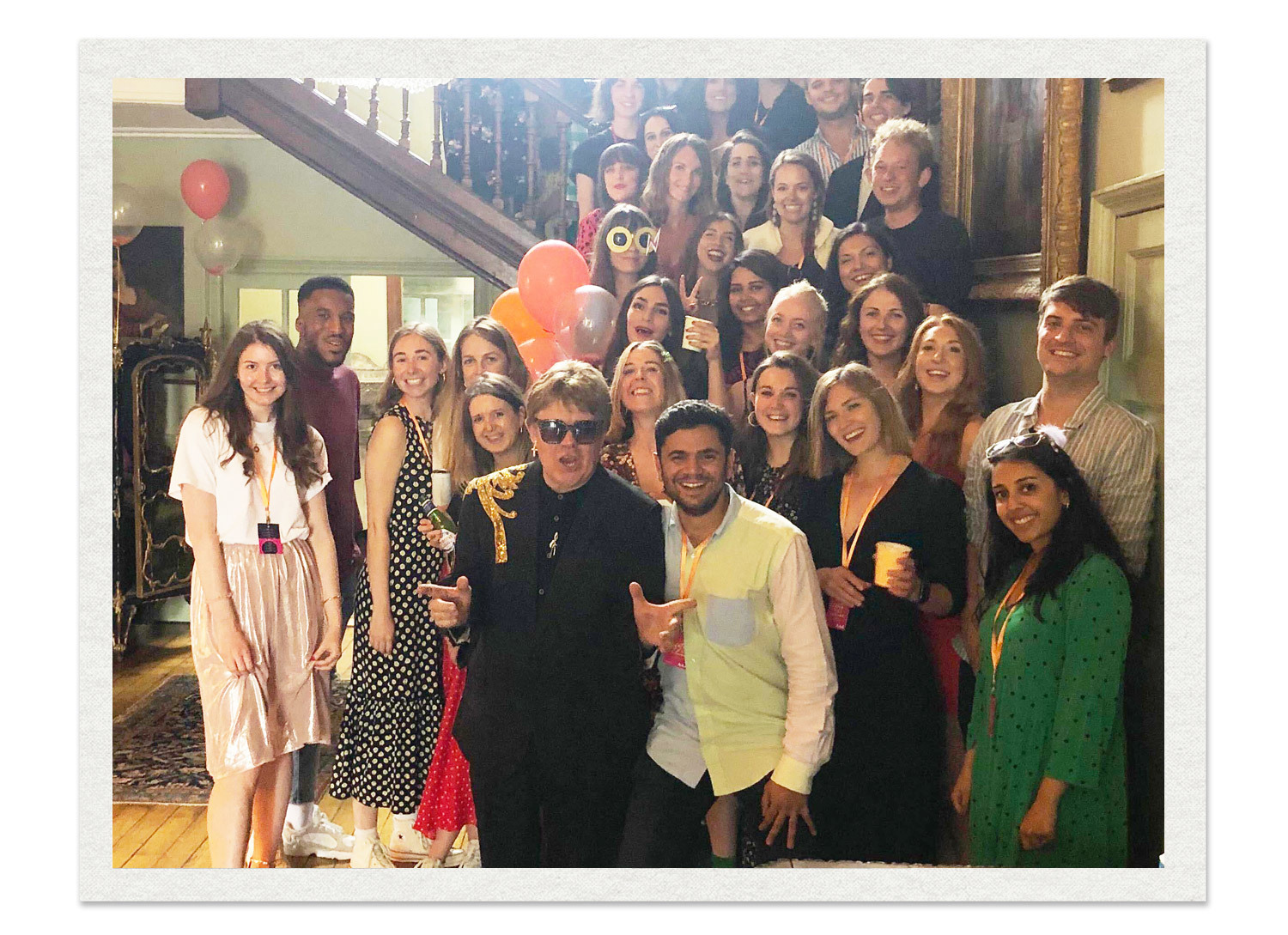 Nicola, Brand Art Director (started 2018)
“Having Ray the taxi driver from Essex who doubled up as the most perfect Elton John impersonator turn up to our summer party, is not only a highlight of my time at Papier, but of ALL the parties I’ve been to in my life! His entrance, when we all, for a split second, wondered, is this really Elton, was priceless. Then all singing along to him belting out Rocket Man – magical. May he forever be the soundtrack to our office.”

Lola, Web Developer (started 2020)
“One of my fondest memories was the moving period from the last office to the new one. It felt like a fresh start for all of us and I was no longer 'the new one'. The last day at Charlotte Street – everyone packing up, helping each other out, sharing memories triggered by forgotten old items we'd found lying around, pizzas and beers in the evening, and the bittersweet feeling of leaving this office I had fallen in love with despite having not been there very long. And of course, how excited and in awe everyone was of the new office the first day we moved in, it was magical.” 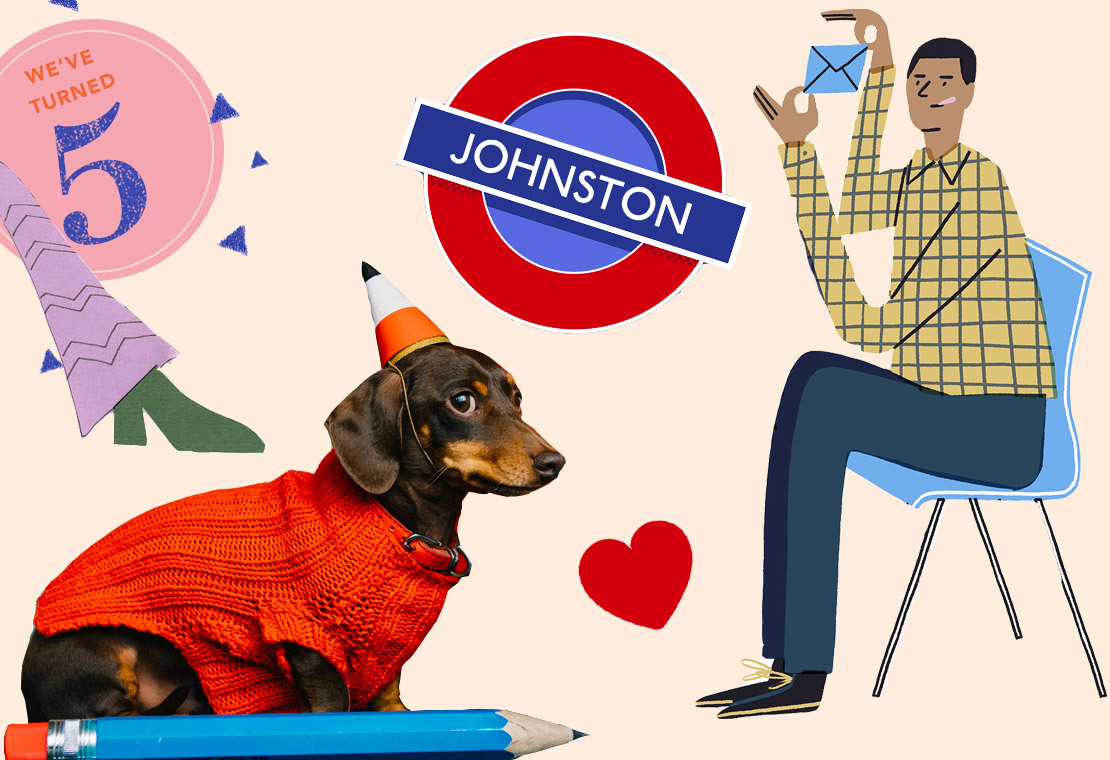 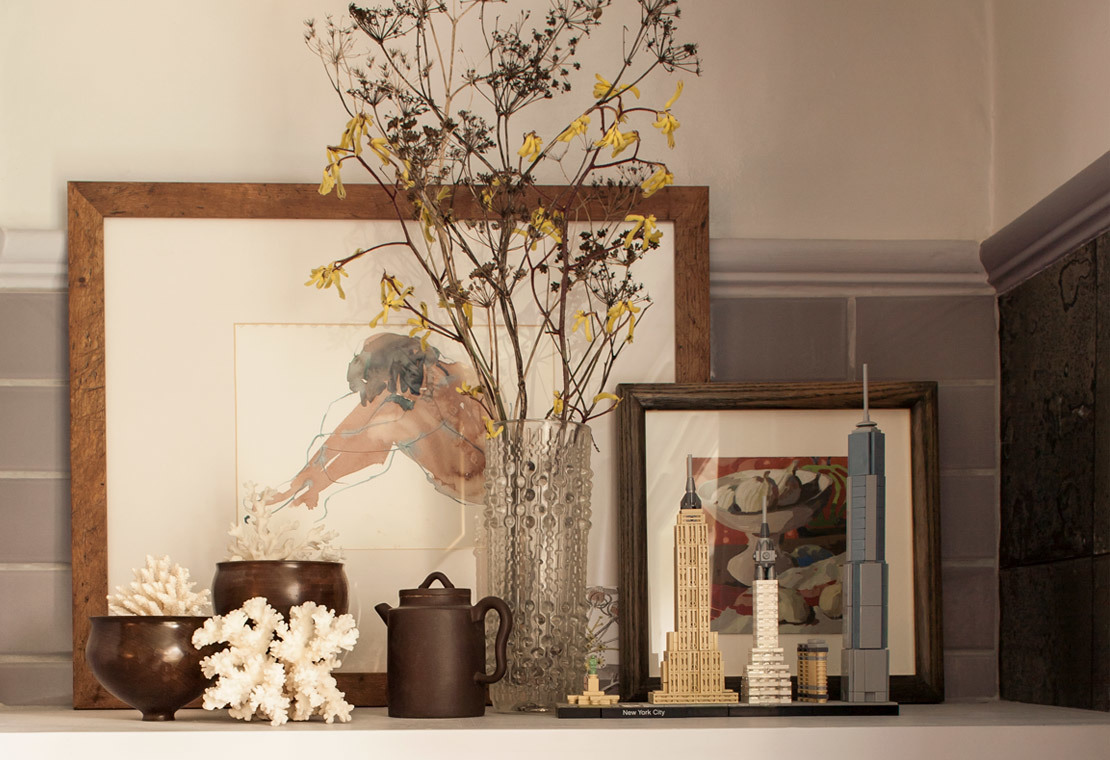