The experts in cool reveal their top tips for the most wonderful time of the year.

Say hello (or even better ‘Season's Greetings’) to Anna Brettschneider and Garrett Albury. Drawing on their design backgrounds and a shared gift for content making, the pair are the seriously-in-the-know people behind coolstuff-.nyc – a weekly design-forward newsletter that shouts about the best spots in New York and beyond.

One glance at their guides and you’ll see they’re city picks are the crème de la crème cool. So we were delighted when the duo agreed to take us on a whistle-stop tour of NY trip in winter time. Wrap up warm, it’s verrrry cool.

What is New York to you?

New York is a place we always knew we were meant to live. We believe New York is a place for opportunity. Some people call it the capital of the world, and with the amount of diversity and acceptance that exists in New York, it’s hard to disagree. Whether you’re in your 40th year in the same Upper West Side apartment or finding 40 roommates in Bushwick, everyone has a place in New York – and that includes us.

When is the best time to go in winter?

New York in winter is New York at its best, but it’s good to keep in mind the worst of the winter weather usually arrives in late January and (all of) February. Visit in early January when all the tourists who came for New Year’s Eve have returned home and the streets aren’t yet completely covered with snow.

While much of the New York City subway has remained unchanged in recent decades (for better or worse), the city has recently rolled out OMNY – a contactless way to ride subways or buses throughout the city. Simply tap a contactless card or digital wallet on your phone as you enter, and completely avoid having to buy a Metrocard.

When in doubt, there’s nothing more classic than hailing a yellow New York taxi – just make sure you’re looking for a cab on a busy intersection. Also keep in mind that taxis are a rare find in outer boroughs like Brooklyn or Queens, but from time to time you’ll get lucky. 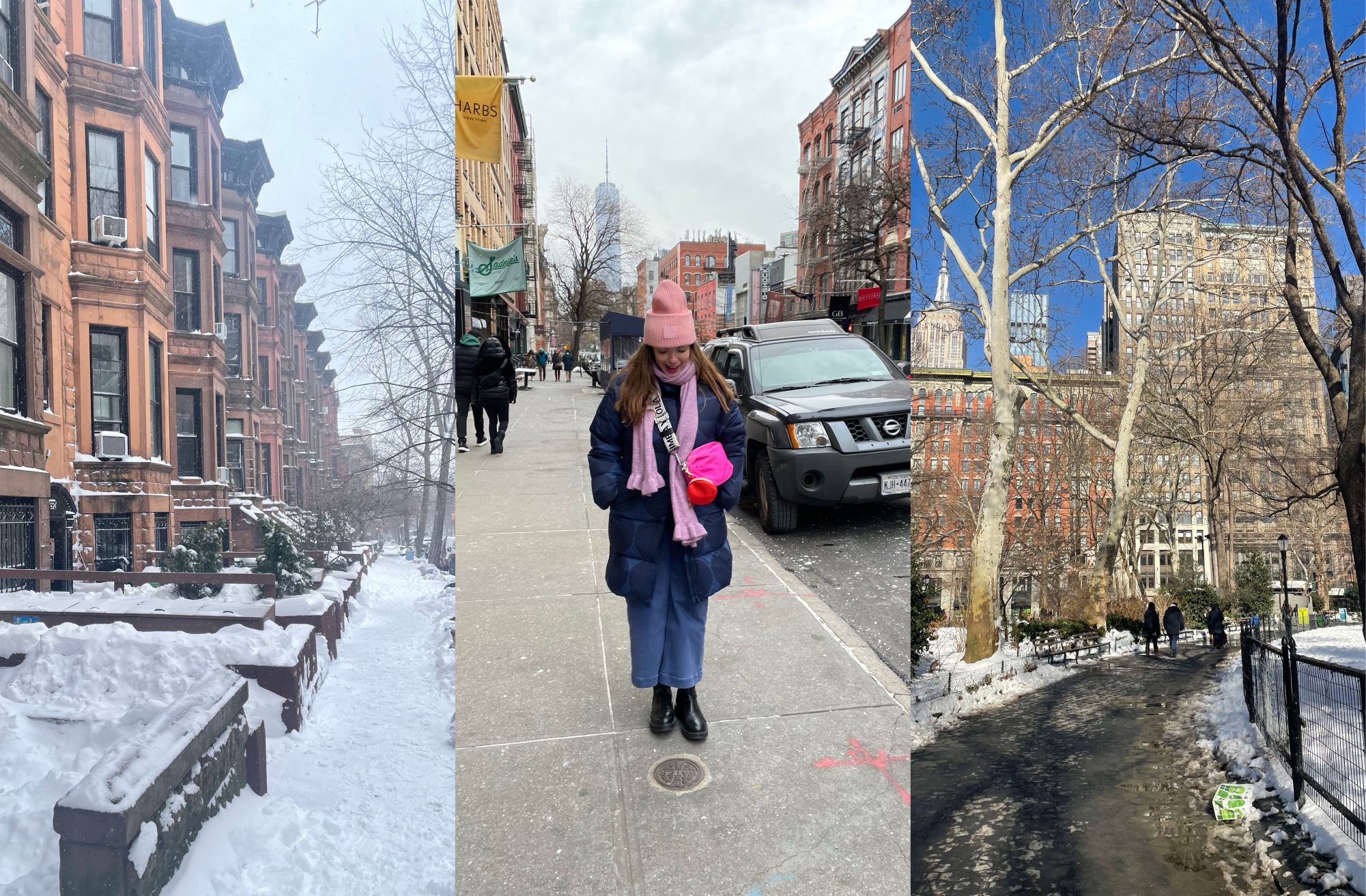 “New York is a city that evolves at a collective rhythm, and if you’re lucky you’ll be on-time for a few beats.”

Living in New York, we don’t get to stay at hotels as much as we’d like to. But a few we've had on our list for future ”staycations” are: the Freehand Hotel in NoMad, The Standard Hotel on the High Line, The Ludlow Hotel on the Lower East Side and the Ace Hotel Brooklyn.

Though, you can never go wrong with living like a local at an Airbnb stay in a south Brooklyn brownstone neighborhood like Fort Greene or Park Slope.

With NYC winter comes a lot of time spent indoors at gallery and museum shows. This year we have a lot of must-see exhibitions on our list and we’re catching them all on the Upper East Side.

The Guggenheim is exhibiting an Alex Katz retrospective on until 20th February. Julian Rosefeldt is showing his immersive new musical work at the Park Avenue Armory through 8th January. The Neue Gallerie’s co-founder is exhibiting his collection that has been developed over the course of 65 years at the German and Austrian-focused art museum now until 13th February. 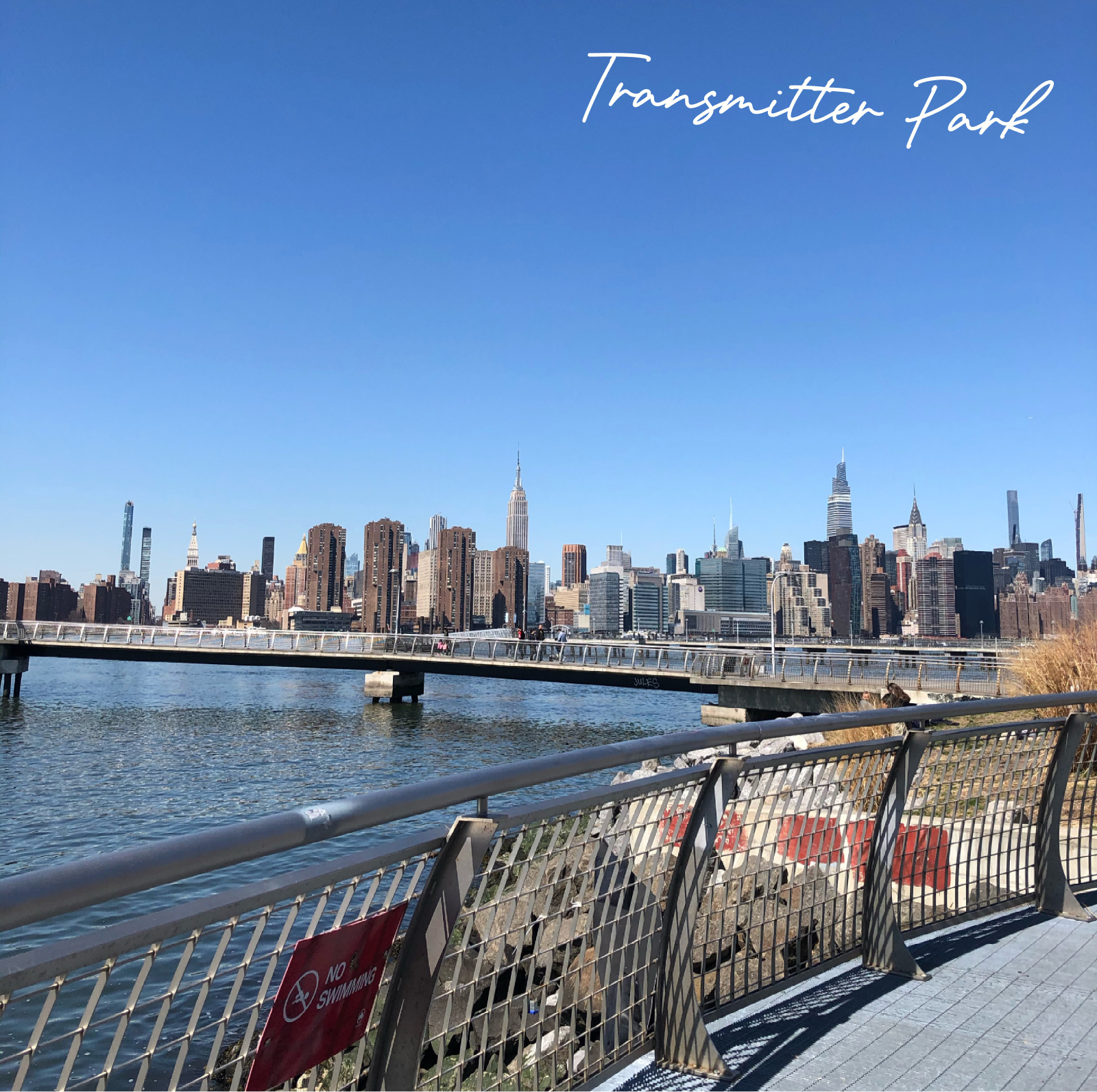 There are a lot of great views in the city whether it’s from the clouds or at sea-level. Within Manhattan, the spot to see all of New York City (while in the middle of it) is at Overstory bar in FiDi. In Brooklyn, we love heading to the small patch of green of Transmitter Park in Greenpoint. Walk down the pier to see the east side of Manhattan from the water.

Bemelmans Bar
Within the Carlyle Hotel on the Upper East Side lies Bemelmans Bar – a place to drink strong martinis surrounded by the murals of Ludwig Bemelmans, famous for the Madeline series of children’s books. Bemelmans is a great place to get a taste of “old New York,” as some like to call it. You may have to arrive early in order to get a seat for the nightly jazz but it’s all worth it for a great drink in a legendary room.

Hotel Delmano
Williamsburg is a great way to experience Brooklyn if you’ve never been to New York’s most populous borough. Along Berry Street, an avenue full of shops and restaurants, lies Hotel Delmano. The bar and restaurant features a raw bar, craft cocktails, and solid wine list. It also has a cosy interior split into multiple rooms which are a great place to warm up from the cold winds blowing in off the East River.

Big Night
A store for everything one might need to entertain – from delectable tinned fish to well designed glassware and table settings. Big Night is worth a trip to Greenpoint in itself, if only to be aware of the next big cooking trend you’ll be seeing everywhere soon.

Books Are Magic
If you’re shopping for your well-read friend or family, Books Are Magic in Cobble Hill, Brooklyn is your destination. The expertly curated shop is owned by writer Emma Straub and features a strong focus on new and classic works of fiction. 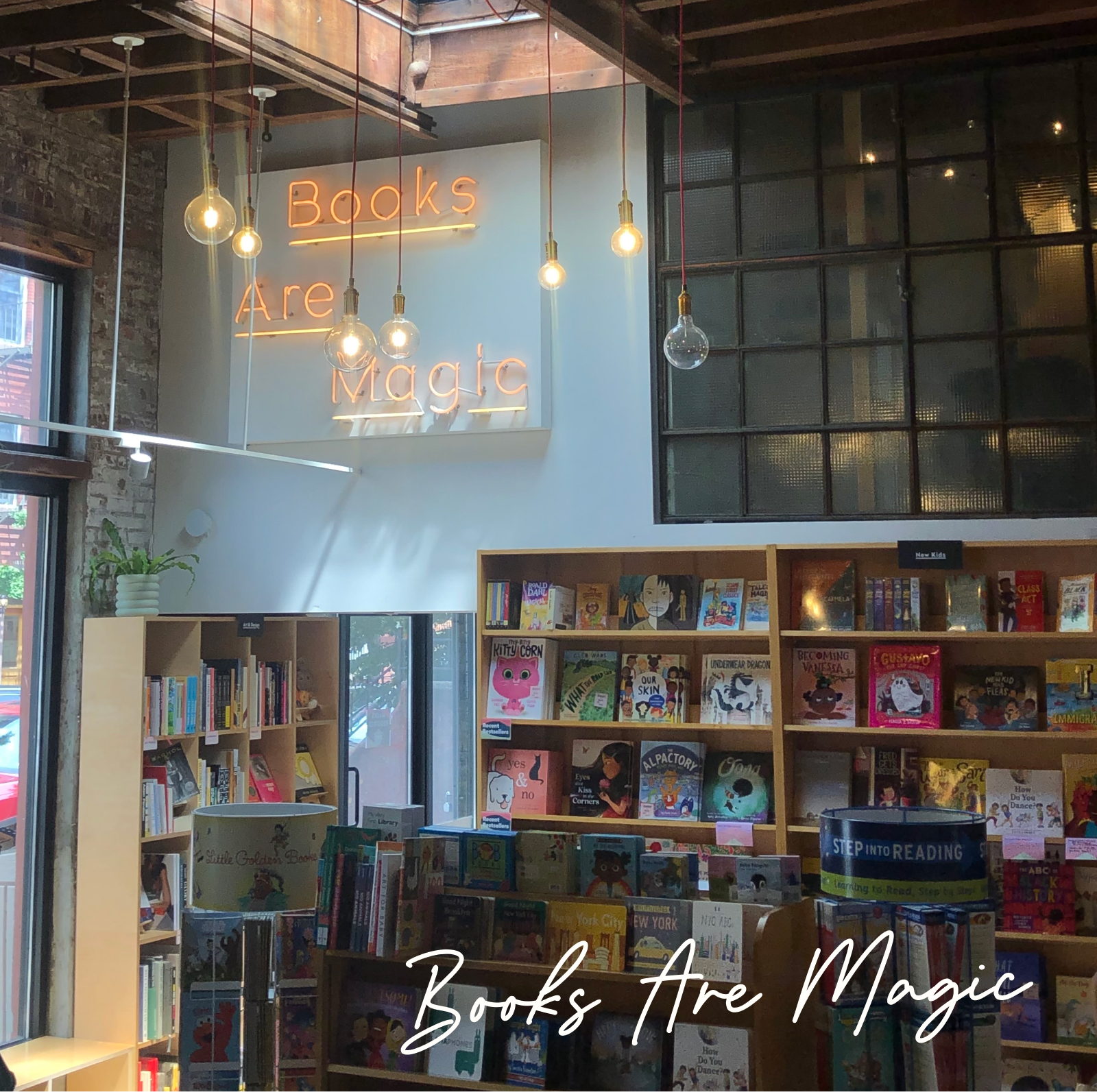 Hot Dog on the Steps of the Met
Even when it’s “brick” out, you’ll always find New York City’s numerous street vendors in their usual spot. One iconic New York moment to be sure not to miss is enjoying a hot dog on the steps of the Metropolitan Museum of Art – just make sure it’s from the cart deemed the Hot Dog King with the red and white umbrellas.

Frozen Hot Cocoa at Serendipity 3
Pretend you are in an early 2000s romcom looking for your missing glove and grab a frozen hot chocolate from Serendipity 3. Corny can be cool sometimes and this spot will allow you to be a tourist without shame.

Light show at Brooklyn Botanic
If you visit New York before 8th January, you have a chance to experience the Brooklyn Botanic Garden’s annual lightscape – a maze of light which is curated by a hand-selected group of artists. As you walk through the gardens and installations you’ll be greeted along the way by various carts selling cookies, mulled wine, and hot cider.

Museum of the City of New York, Gingerbread NYC: The Great Borough Bake Off
Way up in East Harlem, the Museum of the City of New York invited the best bakers across the city to enter their first annual holiday celebration of each of the five boroughs. The museum is exhibiting gingerbread displays representing each baker’s respective neighbourhood inspired by the theme “Winter in New York”.

New York has a lot of slang, but something you’ll hear said a lot during the winter is, “it’s brick,” which means it is COLD!

Another word to know in New York is "Bodega." The name originates from the Spanish word which can mean "storeroom,” “wine cellar,” or “grocery store. They're the small corner stores scattered every few blocks which serve as a central place for New Yorkers. Whether it’s getting a bacon egg and cheese after a long night out or stopping by for some groceries and a coffee, the Bodega is essential to city life.

Favourite thing about NY in winter

The best part about New York in winter is how every destination becomes a refuge. During the Summer, New York City exists in the streets, but in the winter, we come closer together into warm spaces that really give a sense of place and perspective that is easy to miss in other times of the year.

If you were to write a love note to New York, what would it say? 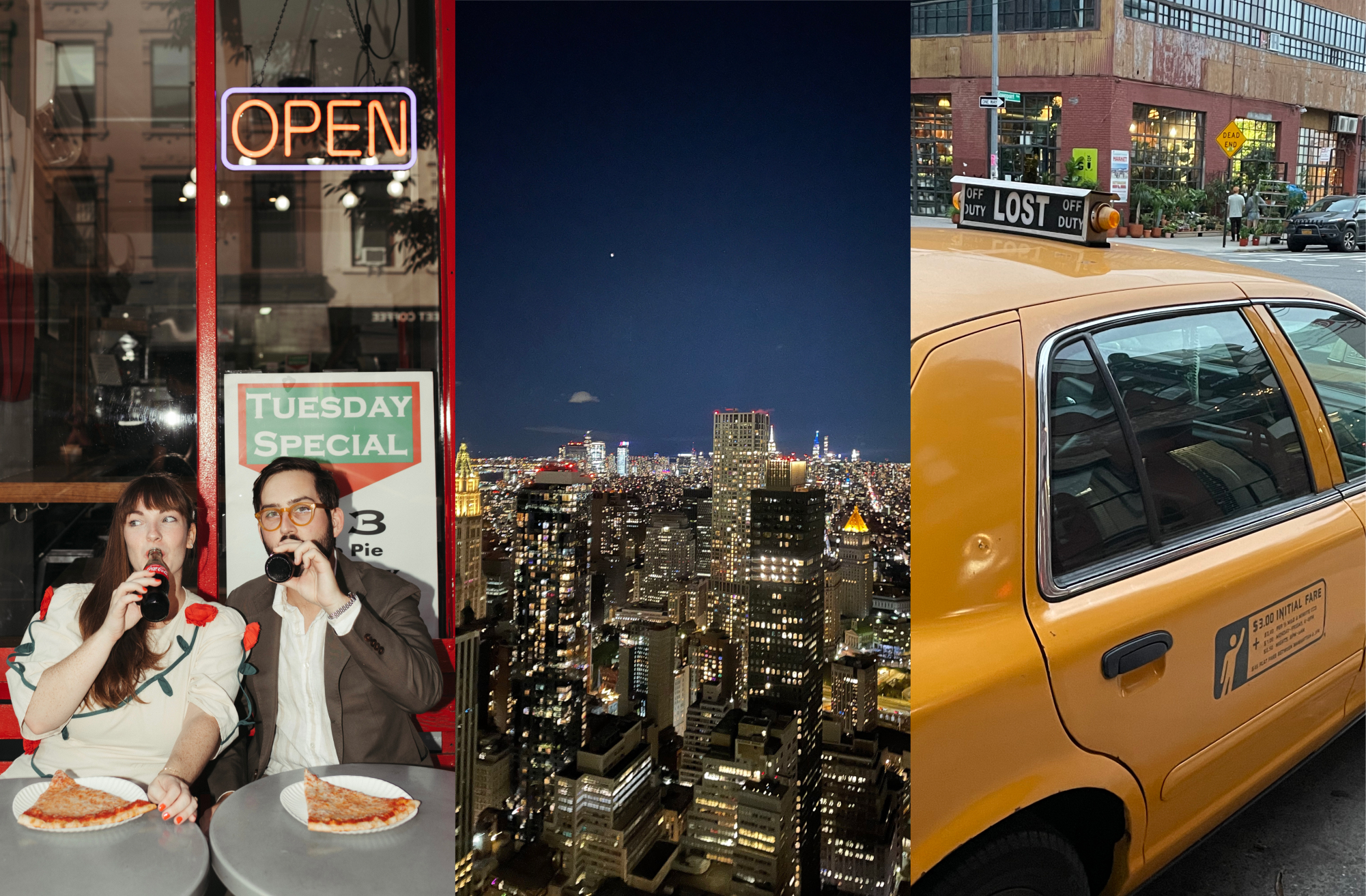 Pages to plan and record your next NYC trip 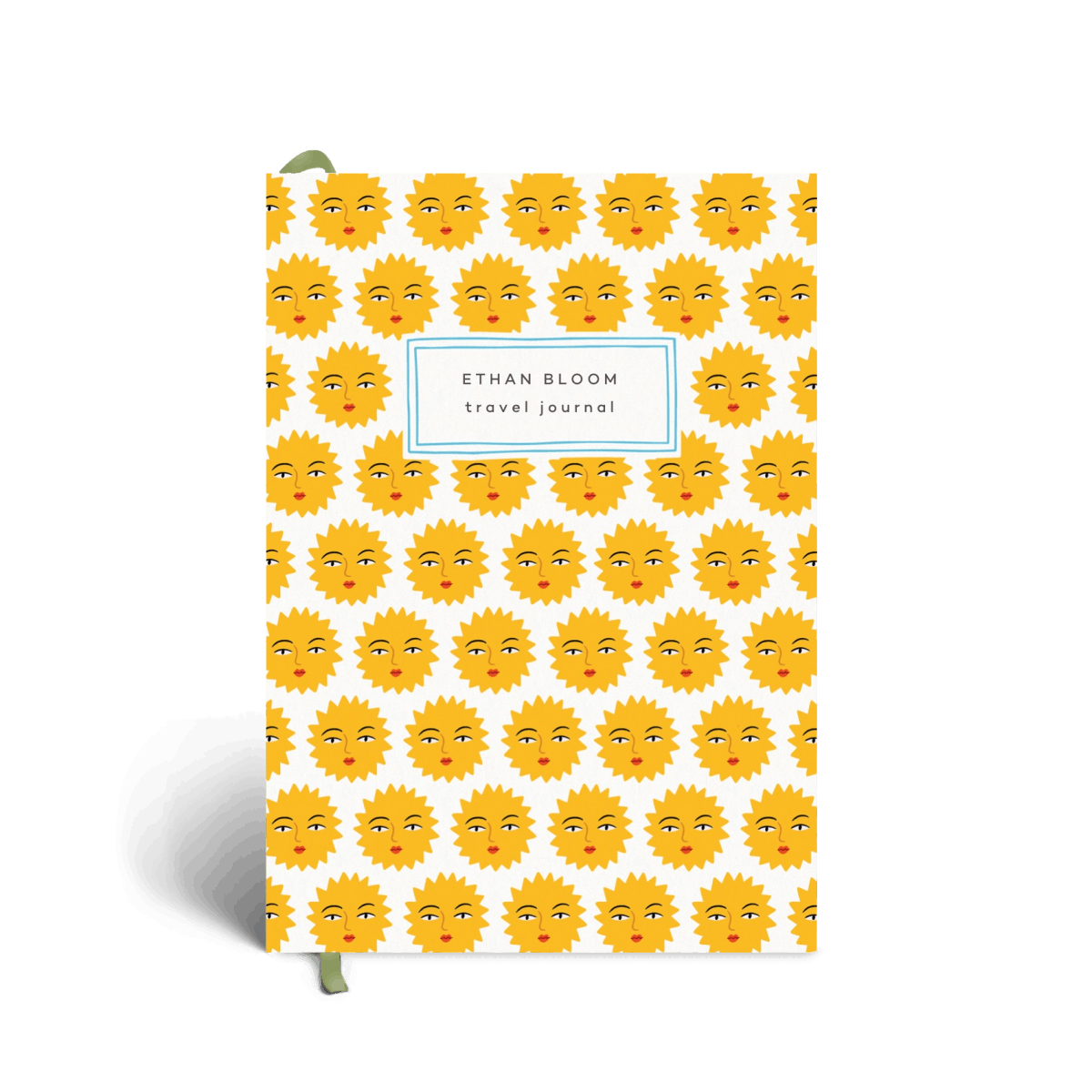 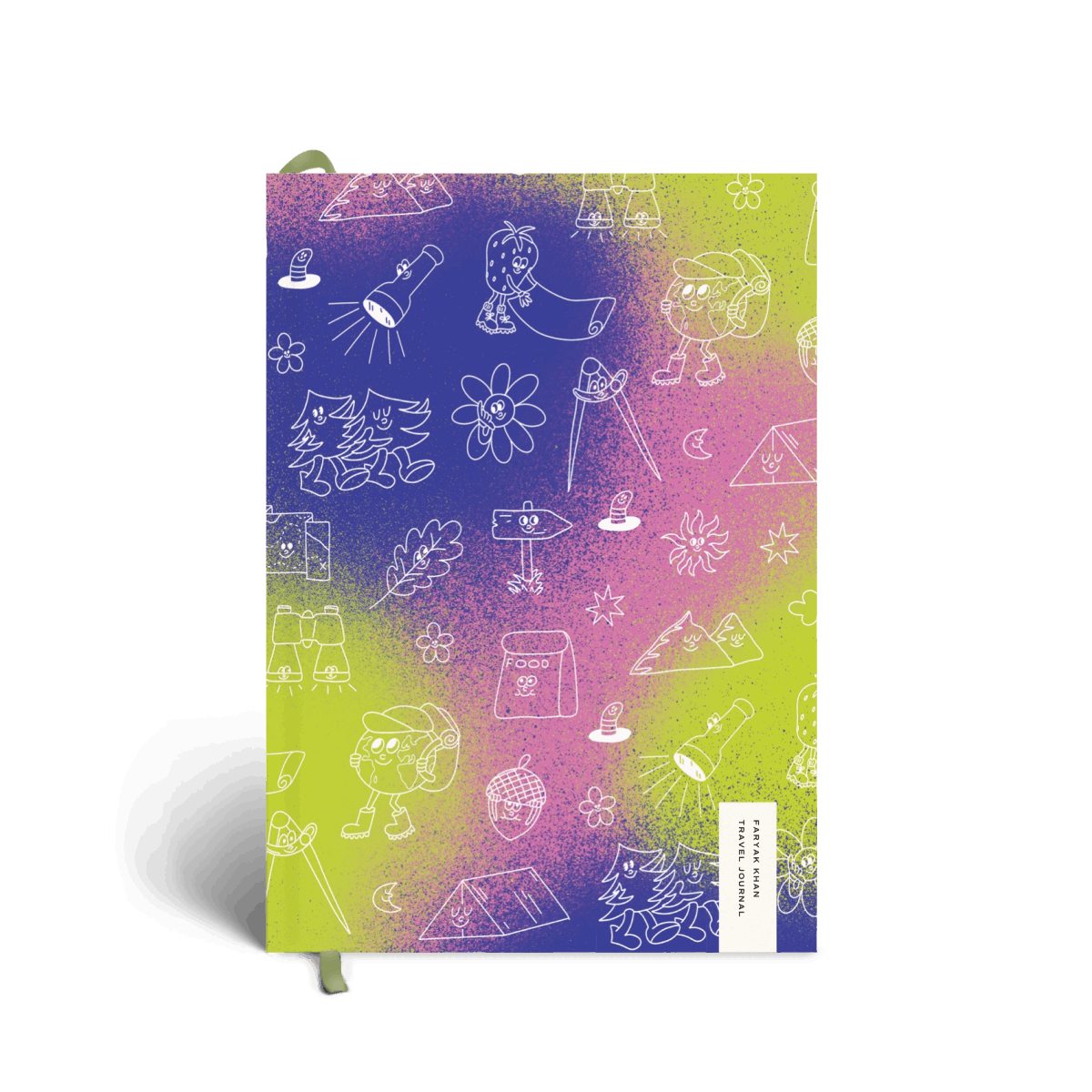 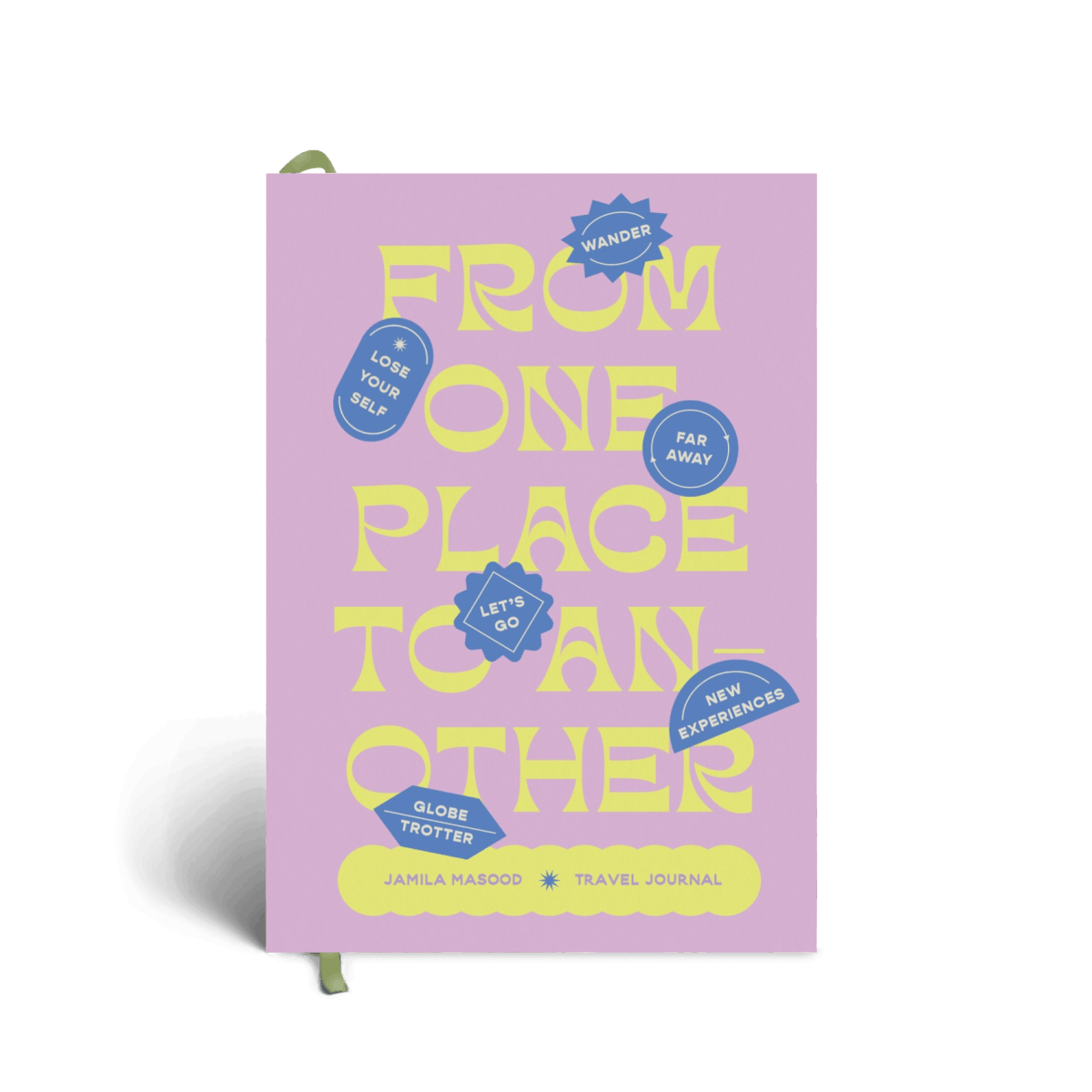