Collecting things is a uniquely human trait. No other animal would seek out something just for the satisfaction of owning it, yet some fully-grown adults would happily cross continents to track down a rare My Little Pony to carefully place on their special shelf. There's many psychological theories as to why many individuals are driven to collect, too many to go into here. So instead, we asked a few Papier pals to explain why they get pleasure from collecting the things they do.

Boat bells collected by the grandfather of Jodie Smith, designer at Papier

My grandad Nobby has worked on the Thames his whole life and one of his first jobs as a boy was cleaning the tugboats, including keeping all the brass polished. Ever since then he’s taken a liking to all things brass, especially the bells you’d find on the boats, as a reminder of his commitment to the River Thames. He told me that during the 40s and 50s people started stealing bells from the boats and reselling them on markets to make money. So the ones he’s collected have been mainly from stalls but I think a couple of others, his brother gave to him.

I've always loved Disney and in particular the 50s and 60s animations, so when I first came across these 7" records at a French flea market, I handed over my euros and dropped them in my tote quicker than you could say 'supercalifragilisticexpialidocious'. They are little picture books of the films with songs from the film on the record. I've since found a few in English markets and I always pick them up. So I have a mix of languages – and although I can't understand them fully, the French ones are fun!

My transformation into a philatelist started at a young age. I remember every time I went to visit my grandmother, I would say a quick hello to her before racing to the bookcase where she kept her stamp collection. I would spend hours poring over the contents of the albums, careful not to tear any of the delicate tissue paper pages.

I started my very own collection and would receive envelopes bursting with torn corners of envelopes and postcards from relatives, each adorned with a new stamp to add to my growing collection. After soaking the pieces of paper to dissolve the gummy glue and carefully peeling off the stamps, I would meticulously lay out each stamp on a piece of kitchen paper and wait for it to dry before adding it to my albums. My love for stamps has continued since then, and I look out for new additions all the time! From stamps of David Bowie album covers to vintage Moomin ones from the 1990s, my collection is ever growing!

I'm entranced by the idea of these things as much as the beautifully varied mid-century design of their covers. They are credit card-size packs of 10-20 black and white photos of various French tourist locations. I think most of them, if not all, are from the 1950s. This is what you'd buy to show people where'd you been before the advent of cheap photographic film, or to have a look at the sights to see if you wanted to visit. It's like a mid-century Instagram but without the pouting. So they're better than Instagram!

My nana has always been a bit of a collector/hoarder, a trait I have very much inherited. Over the years I have acquired many weird and wonderful objects of hers… where the rabbit collection began with this wooden napkin ring and egg cosy that belonged to my grandad. This has gradually been added to, unintentionally, I just seem to be drawn to them! I love a vintage market find as much as a modern ceramic version. We had a pet bunny Petal, who was a popular member of the Rew family. Since then my sister and I often buy each other rabbit-related presents. So it keeps growing!

Tintin watches collected by Will Hutchins, content editor at Papier

A family friend who lived in Brussels, home of Tintin, gave me my first watch starring the young detective (the one of him as a cowboy on the right) when I was 6 or 7. I read the books and watched the TV series as a child and I can remember my parents being fond of the famous quiff, so when I rediscovered the watch as a university student, it set me on a path of nostalgia that has since seen me collect all manner of Tintin paraphernalia. It's definitely a nostalgic thing, tied to happy childhood memories, but also I just love the illustration style of Hergé (Tintin's creator).

As the watch was the start of my collection, I've always looked out for more of those. I reached embarrassing levels of excitement when I spotted two that were in the same series as my cowboy one at a flea market. The others I've bought off eBay which doesn't have the same Tintin-like sense of treasure finding! 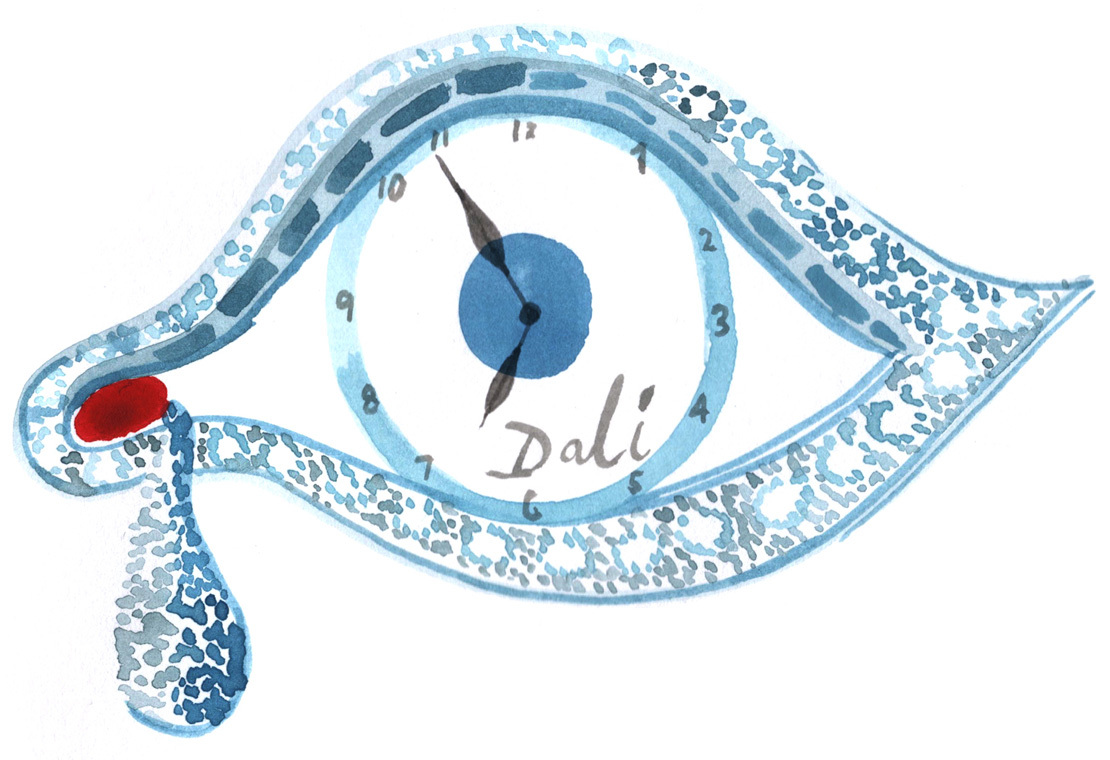