If there are two things we love to talk here on The Fold, it’s art and paper. So when we heard that the Royal Academy of Arts were exhibiting Picasso & Paper – a major showcase of more than 300 works on paper spanning the artist’s 80-year career, we set out to know all there is to know.

Picasso’s passion for paper beats most artists’ tenfold. Driven by a relentless urge to create and innovate, he’d scrumple it, sketch it, stick it and sculpt it. To delve further into the artist's love affair with the humble material, we spoke with the exhibition's Assistant Curator Rhiannon Hope. 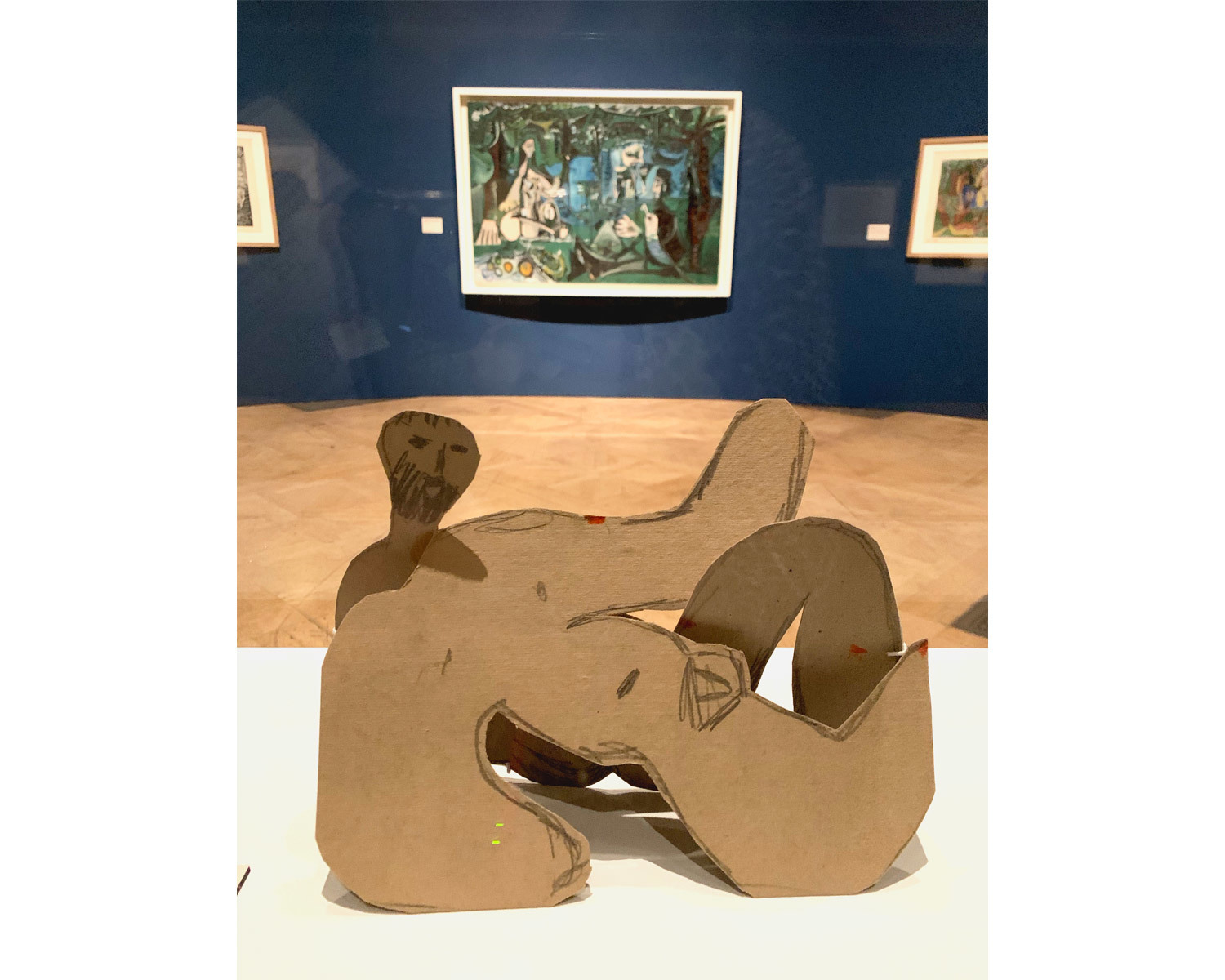 How did the RA decide on the original concept for the exhibition and that it was something they wanted to go ahead with?
The idea was proposed by Director of the Musée national Picasso-Paris, Laurent Le Bon, in a conversation with Curator Ann Dumas back in 2015. It became clear that this would be much more than ‘simply’ an exhibition of Picasso’s prints and drawings – the task of selecting more than 320 works to summarise an eight-decade career felt like an initially overwhelming but hugely exciting challenge for everyone involved.

Without doubt, the variety of the materials is what instantly captured our attention. There are sketchbooks, cut-outs and collages alongside etchings, linocuts, photographs and illustrated books, that make use of all manner of papers – newspaper, wrapping paper, wallpapers, envelopes and luxury antique papers to name a few. Paper of all kinds appealed to Picasso, to the point where he had pile upon pile of it covering every surface in his studio.

"This exhibition is a paper trail of sketchbooks, studies, collages, cut-outs, prints, photographs and sculptures"

What’s the process of curating a major exhibition like this and how long does it take?
It’s a long, meticulously detailed process to curate an exhibition of this scale and ambition. Exhibitions of Picasso’s works are generally developed with a lead time of at least three years, as crucial works will be constantly requested for a variety of exhibitions and are booked for years in advance. For this exhibition, the lead time was even longer – closer to five years in total. This is because of the time it takes to select, request and negotiate the loans, which is even more difficult with delicate works on paper as some can only be lent to a single venue in order to protect against light exposure.

Pulling together a comprehensive list of works to request from the principal lender (Musée national Picasso-Paris) took the best part of two years and many days spent in their archives sifting through wonderful and rarely seen examples of Picasso’s work on paper. Other works are from public and private collections from all over the world, who have been incredibly supportive of the project. 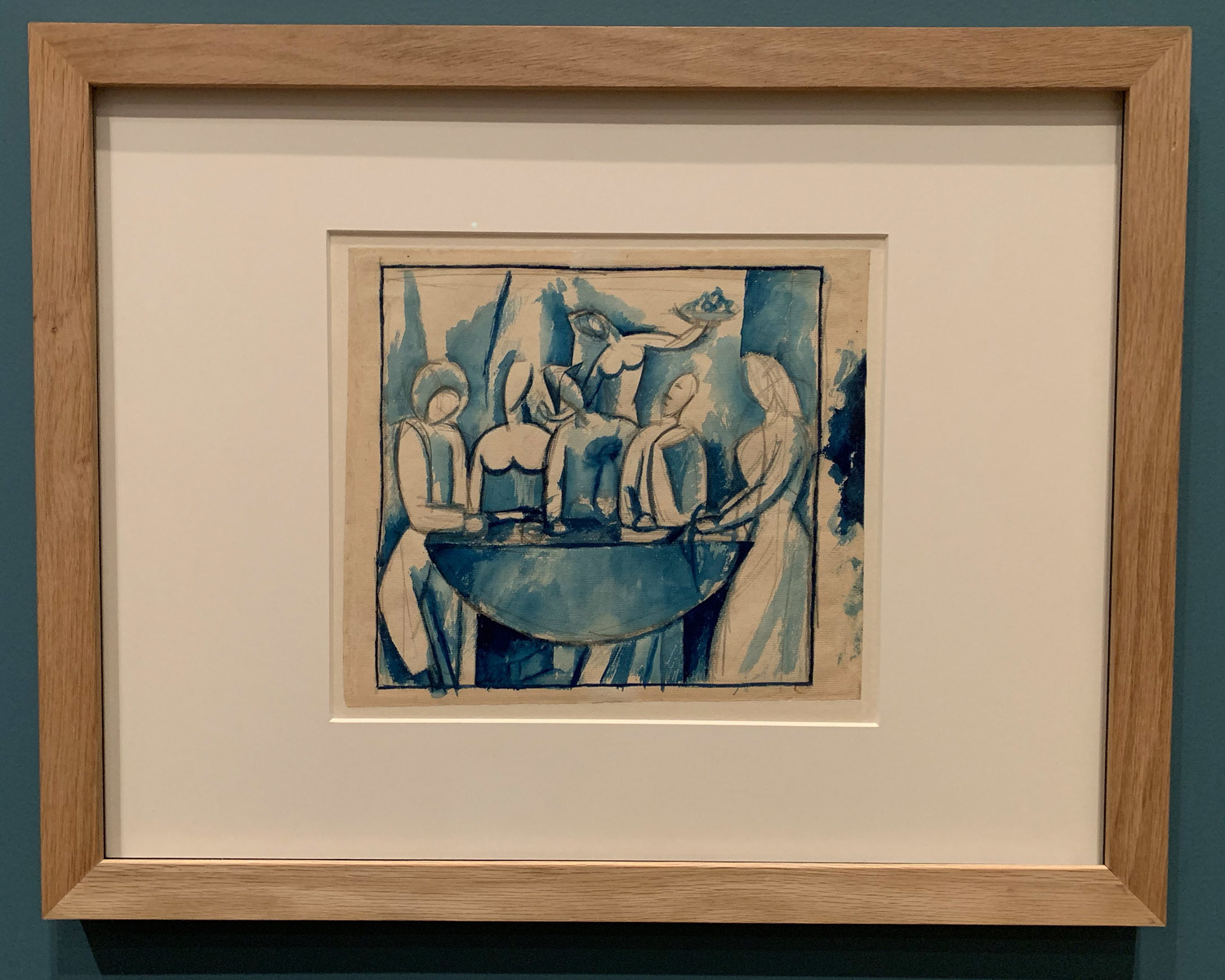 How important are sketches and preparatory studies to a painter’s work?
Sketches and studies are vital to all artists. Painters, sculptors and printmakers all use sketchbooks and sheaves of paper to work through compositional ideas before committing to a final vision for a work. Picasso fits into all of these categories of artist and more, and preliminary studies are a vital tool in helping us as viewers to understand the creative process behind incredible artistic masterpieces.

Is there anything different or special about Picasso’s preparatory studies in comparison to those of other painters?
The number of them! He could make ten or twenty studies for a work in a matter of hours and fill a sketchbook in days. No artist matches his prolific output, especially when it comes to preparatory sketches. We have an entire gallery dedicated to the development of Picasso’s Les Demoiselles d’Avignon of 1907, his revolutionary oil painting for which he filled sixteen sketchbooks with preliminary studies. 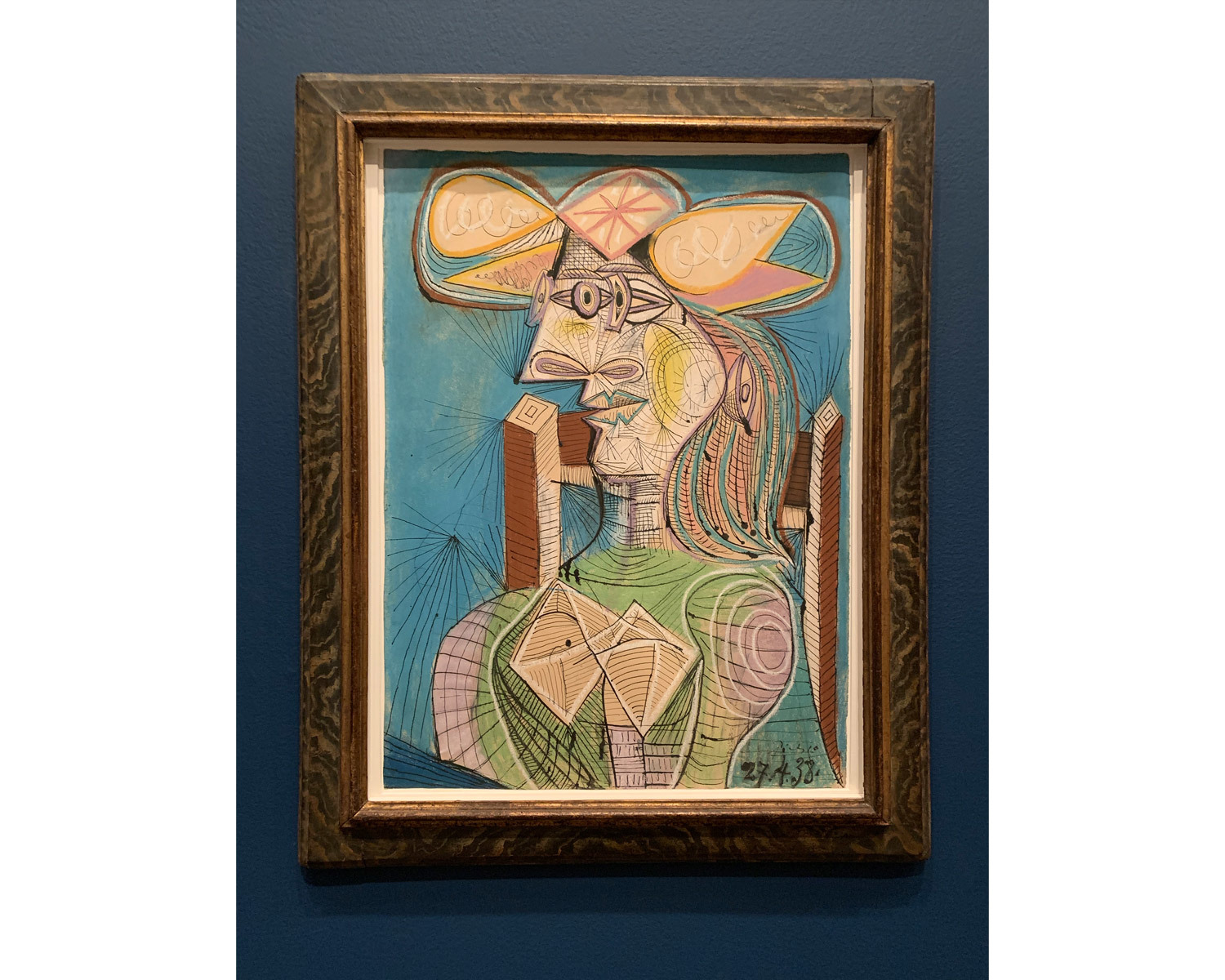 Can you explain how paper played a pivotal role in Picasso’s development of Cubism?
It’s with the advent of Cubism that paper became much more than a surface that Picasso drew and printed onto, and instead became a substance and test-site for his most experimental ideas, enabling him to play with reality with much more freedom and flexibility. It was the first time in his career that Picasso truly elevated the status of paper, giving it the same importance as a canvas or bronze.

Was Picasso’s use of paper radical? Did it change how artists used paper?
Absolutely. Whilst elements of collage have been visible in art for centuries, Picasso’s invention of papier collés (cut-and-pasted papers) as an integral part of the Cubist vision he shared with fellow artist Georges Braque was a real turning point in our perception of paper in art, particularly the ways in which it can be used creatively. His manipulation of paper opened the path to experimentation with other materials not previously considered appropriate for fine art. Papier collés inspired the Surrealists, and this revolution against the traditional hierarchy of materials is something that continues to resonate in the visual arts today.

"Paper remains an indispensable artistic staple... acting as a material that allows physical re-engagement with the creative process of making art."

Picasso was constantly fiddling with paper and making. Do you think young artists these days, with all the distractions they have, are so driven to create non-stop?
I think that young artists remain incredibly driven! It must be more difficult (but not impossible) to attain the level of focus that Picasso was able to apply to his art. His fame meant that he could carefully control any distractions, and he could shut himself away in his studio for days or weeks whilst the people around him made sure that day-to-day life continued to function.

What some may consider distractions others would class as sources of inspiration – social media and digital technology allows artists to capture moments and images that otherwise might have slipped by unnoticed. Today, it's phones, tablets and social media that are the materials people are constantly attuned to, and they offer their own creative possibilities. Nevertheless, paper remains an indispensable artistic staple. Perhaps it’s a way for young artists to digitally detox, acting as a material that allows physical re-engagement with the creative process of making art. 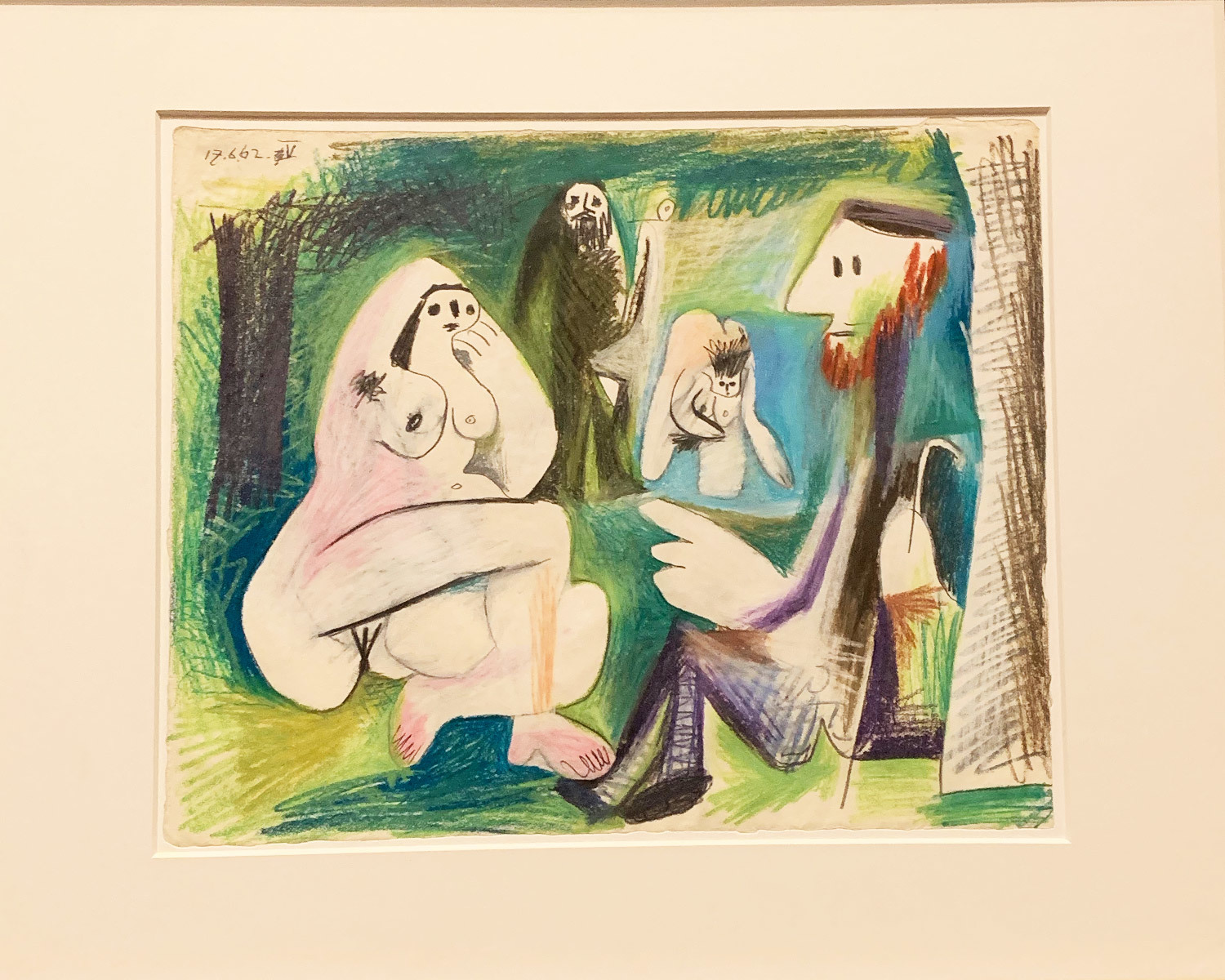 What reactions are you hoping for from visitors to the exhibition?
Picasso is such a well-known artist that visitors may feel that they already know his work inside and out. This exhibition is a paper trail of sketchbooks, studies, collages, cut-outs, prints, photographs and sculptures, and it’s our hope that this exhibition will surprise and inspire our visitors, showing them an aspect of Picasso’s output that hasn’t been considered in this detail, or breadth, ever before.

How would you describe the relationship between paper and creativity?
Endlessly rich and fundamentally playful. As children, our first experiences of creative expression almost invariably involve paper, whether it’s making little cut-outs, finger paintings, a first scribbled drawing, or even a crumpled-up piece of paper after a failed attempt! Picasso took this initial sense of excitement and wonder and continued to return to paper throughout his life, never losing that playful sense of creative possibility. Even that crumpled piece of paper is turned into art – Picasso made a plaster cast of it (included in the exhibition), immortalising its delicate folds and creases. Paper has always been seen as the stable surface for the initial seeds of artistic ideas, but it’s through Picasso that we see that paper can offer the beginning, middle and end to a total, accomplished work of art in its own right.

Want to check it out for yourself? We’re giving away x4 pairs of tickets, plus a personalised Papier notebook and notecard set. Head to our Instagram to enter before 22nd March. 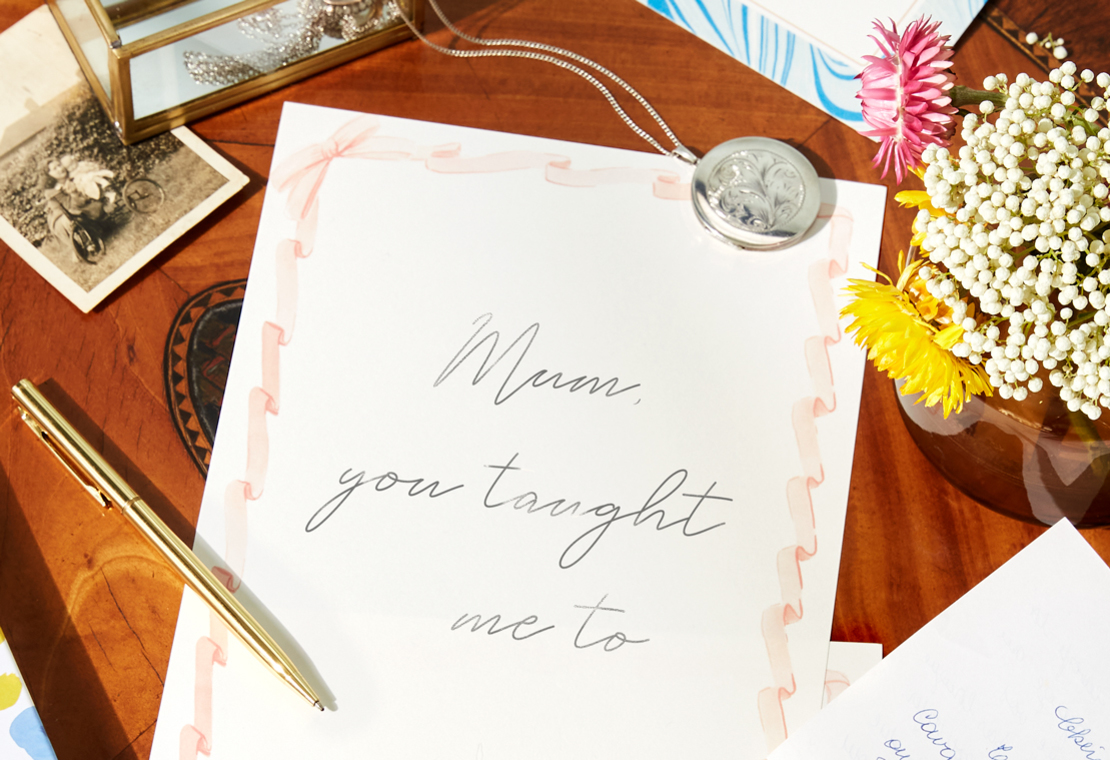 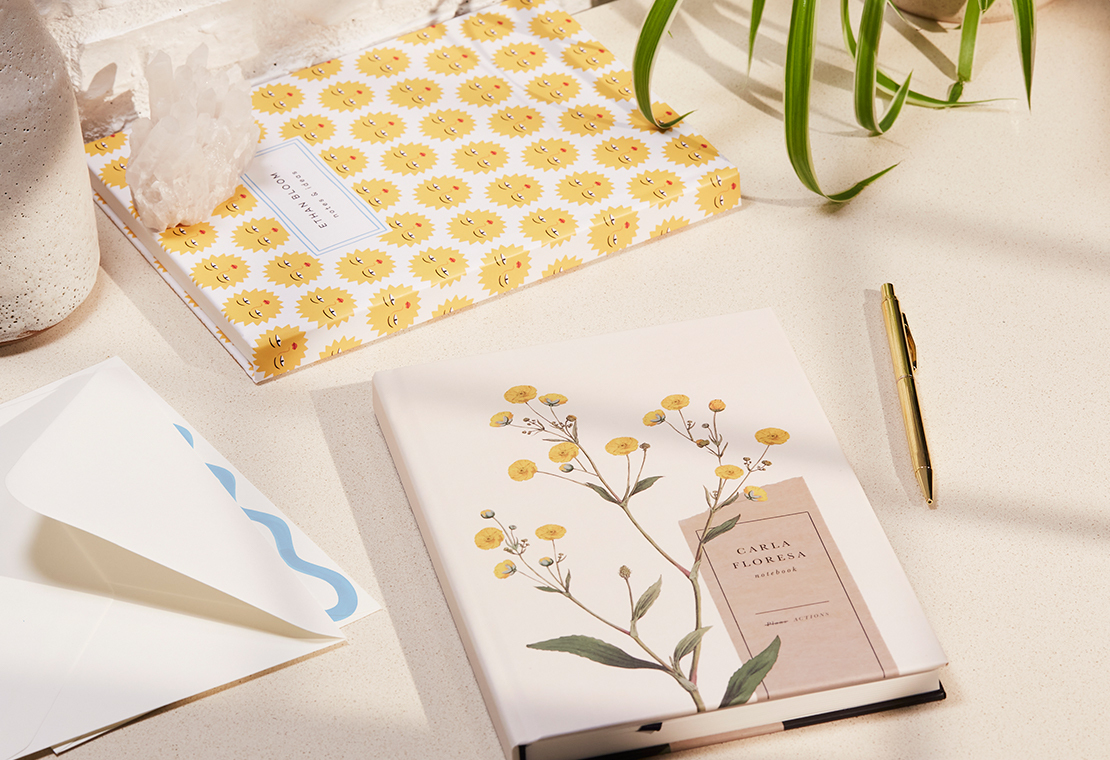