The Best Games to Play with Pen and Paper

Bored? If you’re with a group of friends, or some little people, don’t reach for your phones, keep your entertainment old school with nothing but pen and paper. We don’t mean pointless naughts and crosses stalemates, these drawing and writing games will keep you hooked and laughing for days.

The Monster Game
What is it?
A super fun drawing game to play with kids or kids-at-heart.

How do you play?
Each player starts with their own bit of paper and pen/pencil/crayon to draw with. Without the other players seeing, each player first draws a monster’s head at the top of the page, then they fold the paper over the head so it can’t be seen and pass their paper to the person on their right.

Next, each player draws the middle third of a monster (body, arms, wings, whatever terrifying vibe you’re going for). This section should start where the fold finishes so it connects with the previous head/neck. Once done, the paper is folded ver the drawing again.

Then everyone passes their paper to the right, and this time you draw the final third (legs, feet, weird slug-like blob, etc.) to connect with the middle section. Then fold the paper so it’s all covered.

Pass the papers around again for each player to open up, show to everyone else and marvel at the monstrosities.

The Name Game
What is it?
A quick-fire, team game similar to charades.

Number of players?
4 or more but good in a decent-sized, post-dinner group.

How do you play?
Rip up bits of paper into pieces big enough to write a name on. Give everyone the same number of pieces of paper. You want to have quite a lot in the end. Ask everyone to write the name of someone famous, real or fictional on each piece. It should be someone that they think everyone, or at least most of the people in the room would know. Make sure everyone keeps their names a secret. Once everyone has done that, they should fold up the pieces and drop them all in a bowl.

Split everyone into two teams. The first team goes and one person is chosen to pick out a bit of paper and describe the person written on it to their team without using the actual name. When the team call out the right name, the person reading drops the paper (making sure not to put it back in the bowl) and picks another from the bowl. Someone on the opposing team will time 30 seconds. Once time is up, the team playing can count up the number of names that they got right. Then the other team goes. Whichever team got the most amount of names in 30 seconds wins! If there are enough names to keep going for more rounds, then keep on playing!

Pictionary
What is it?
A drawing game where the worse you are at drawing, the funnier the game.

Number of players?
4 or more.

How do you play?
It starts very similarly to The Name Game (see above). Rip up bits of paper into pieces big enough to write words or phrases on. Give everyone the same number of pieces of paper. Ask everyone to write a word or phrase on each piece. Once everyone has done that, they should fold up the pieces and drop them all in a bowl. Stick some large pieces of paper onto a wall or board.

Divide yourselves up into two teams. The first team designates a drawer. They pick out a word from the bowl and try to draw on one of the larger pieces of paper. Their teammates try to guess what the word is. When the team get it right, the person drawing picks out another piece of paper from the bowl and draws that word or phrase. Someone on the opposing team will time for one minute. Once time is up, the team playing can count up the number of words that they got right. Then the other team goes. Whichever team got the most amount right in their time limit wins! If there are enough bits of paper to keep going for more rounds, then keep on playing!

Consequences
What is it?
A surreal writing game where each player writes parts of a story without knowing what the other players have written.

Number of players?
2 or more.

How do you play?
Each person takes a turn writing a word or phrase to build a surreal story. Once a player has written a section of the story on a piece of paper, they fold over what they’ve written and hand it over to next person to do the next bit, and so on. You can make up your own structure to follow but a traditional one is usually like this:

Once that’s done, one player unfolds the paper and reads the story. An example of what the story might be:

Angry Jeremy met salacious Jane at the pottery class to decipher UFO signals. He wore the world's smallest hat, she wore a bear suit. He said ‘Get your hands off my sandwich,’ and she said, ‘if only I mentioned that to my great-aunt’. As a consequence, the black hole shrunk. And the world said, ‘There’s never enough time.’

Hangman
What is it?
Surely it needs no introduction. It’s a stone-cold classic. And with good reason – everyone loves a guessing game. And a guessing game that simultaneously makes you contemplate your own mortality is a real tension builder.

Number of players?
Best with 2 but can be more.

How do you play?
Really? Ok then. One player, the executioner, thinks of a word, or film or book title etc., and indicates the number of letters in the word/phrase/title by drawing a blank line for each letter. If there’s more than one word, they place slashes where the word breaks would be so it’s clear.

If the guessing player/s guess a letter that isn’t in the word or phrase then the host writes down the letter they’ve guessed towards the bottom of the paper and draws a section of a picture of a simple stickman being hung. Each time they guess incorrectly, the executioner draws another section of the picture. If they complete the picture before the guessers guess all the letters in the word or phrase then the executioner wins.

But how many sections should the picture be split into?
This is where it always differs and there’s no dead-set (excuse the pun) rule. We think it’s 8 though and these are…

Draw a big capital L
Draw a shorter line at the top of the L, parallel with the bottom line.
Draw a round head a little below the end of the top line.
Draw the body line coming from the head.
Draw a line across the body, these are the arms.
Draw a line connecting to the bottom of the body line on the left. i.e. the left leg
Do the same on the right side. i.e. you get the picture
Draw a line connecting the head to the top line. This is the noose and when this is drawn, the game is over and the host wins.

Personalise yourself a pen & paper games notebook and get playing. 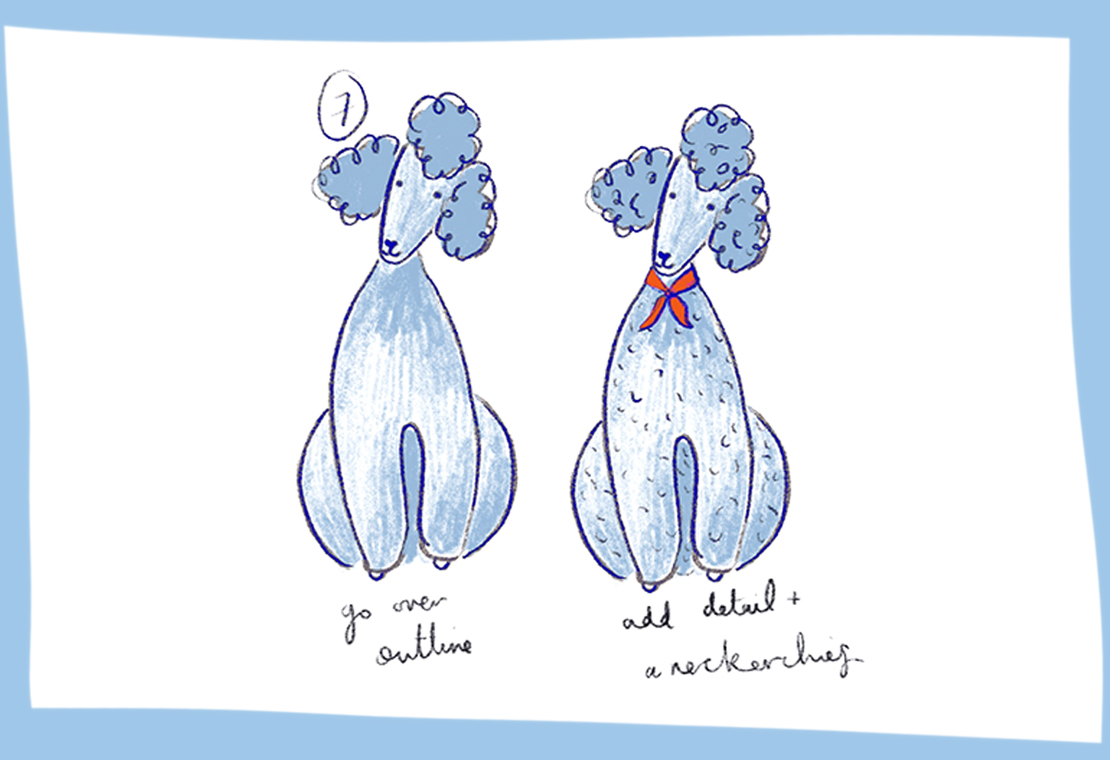 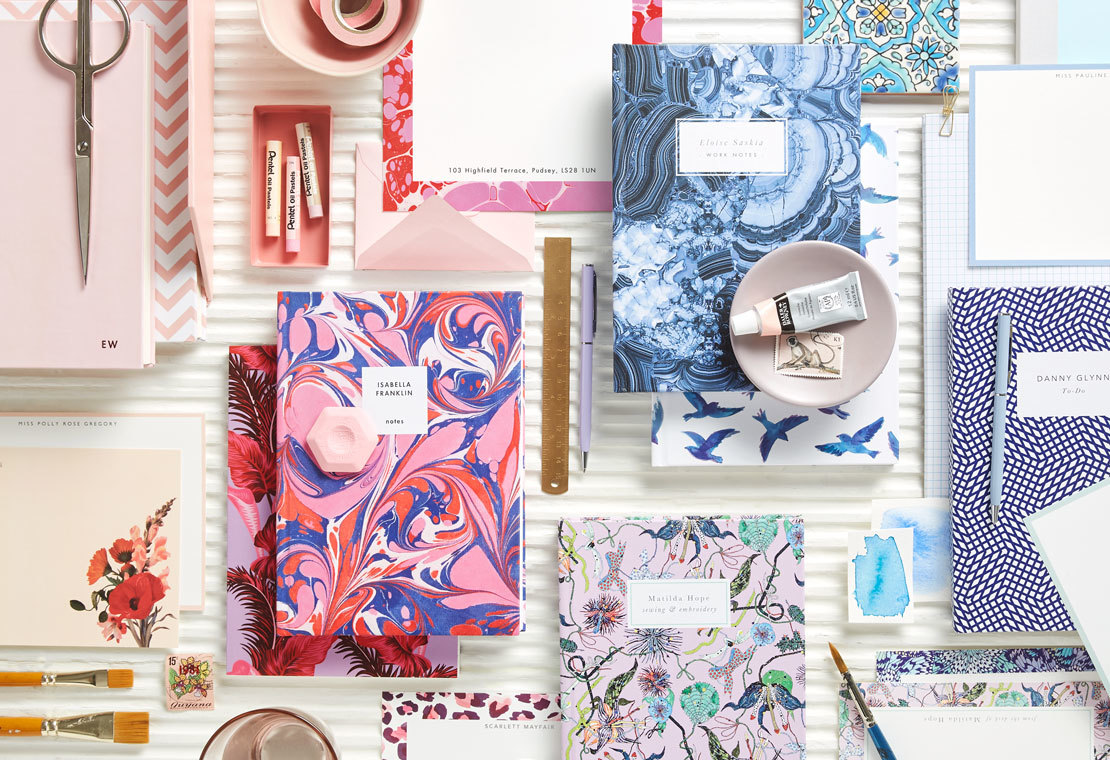