The presenter & Women’s Prize for Fiction judge on the pages that have moved her most.

TV & radio presenter Vick Hope has a lifelong story to tell when it comes to the female authors on her bookshelf. Her passion for the words that've shaped her emanates down the phone line during our chat about reading and her role as a judge for the Women’s Prize for Fiction 2021.

“I remember spending a lot of time in the library,” Vick says as we travel back to Newcastle school dinner hall days, crisp packets in the playground and everyone’s obsession with Jacquline Wilson. “My advice to any young person is to not listen to anyone who tells you that the library's not cool. What could be more cool than being able to get lost in all these worlds and grow in confidence by seeing yourself represented on the page. When you know that your story is worth telling, you grow in confidence that you belong. That you belong in this world and you have something to say and something to do. That you're important.”

The notion of ‘voice’ and telling your story is the basis for Vick’s most recently published children’s book Shout Out: Use Your Voice, Save the Day (written with fellow radio host Roman Kemp) and also the reason she believes the Women’s Prize for Fiction is so important. “We need to uplift and celebrate women's voices. It's as simple as that. How are little girls going to look at the canon and feel like their voices are worth being heard [otherwise]? Or that they could have a career as a writer? It’s a really special prize.”

Long before she was asked to be a judge, Vick kept a close eye on the award which celebrated its 25th anniversary last year: “Each year, I'll wait for the Women’s Prize for Fiction longlist to come out and then I'm straight to Waterstones. That's how I decide what it is that I want to read that year, and I know that a lot of people do the same. That money being pumped into women's literature means that publishers will invest in more diverse, women writers, which is so important.”

Vick is joined by “an incredible line-up” that includes Bernardine Evaristo, Elizabeth Day, Nesrine Malik and Sarah-Jane Mee. “Bernardine is the chair, and I'm in awe because I’m obsessed with [her book] Girl, Women, Other. The way she weaves those stories of all those women throughout time, throughout history, is just exquisite. She's been an amazing person to get to know.” 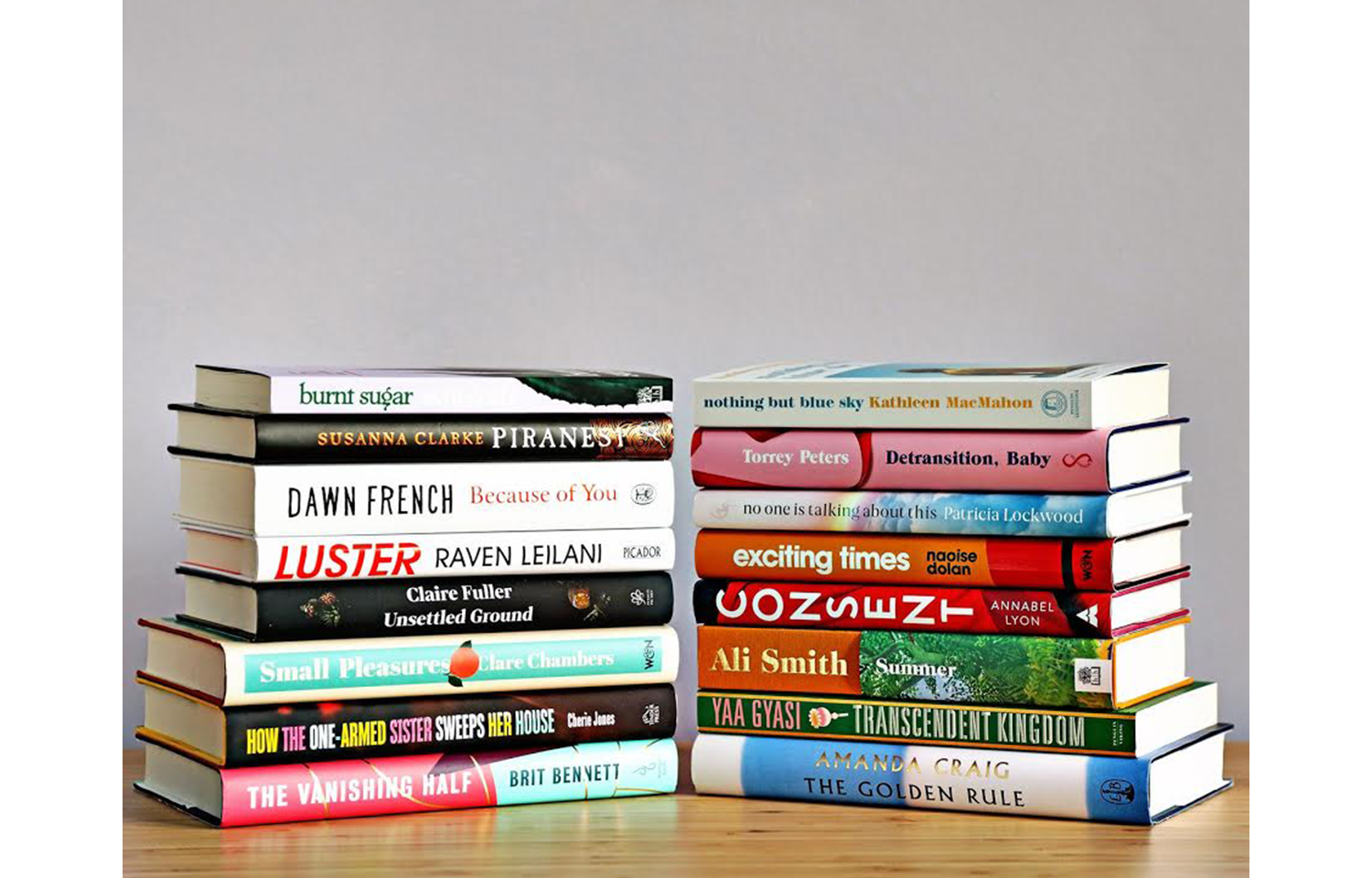 Together the judges whittled 144 submissions down to a longlist of 16 before editing these to a shortlist of 6, which is "a lot more difficult,” Vick laughs. Their criteria is excellence, creativity, originality and accessibility. But what does that feel like once you finish a book? “For a book to really make it on that list, I need to come away from it and go: 'How come that's never been said before? How come I’ve never thought to consider that?’ The writing has to be so utterly transporting that you get lost in it, but you also find yourself in it. A book that speaks to you and changes the way you feel about the world but also maybe changes the way you feel about yourself. A book that just makes the hairs on the back of the neck stand on end.”

So which books have prompted Vick's neck hairs to give a standing ovation? Ever ready to wax lyrical about her favourites, Vick shares the books that have had the biggest impact on her from a child to now... 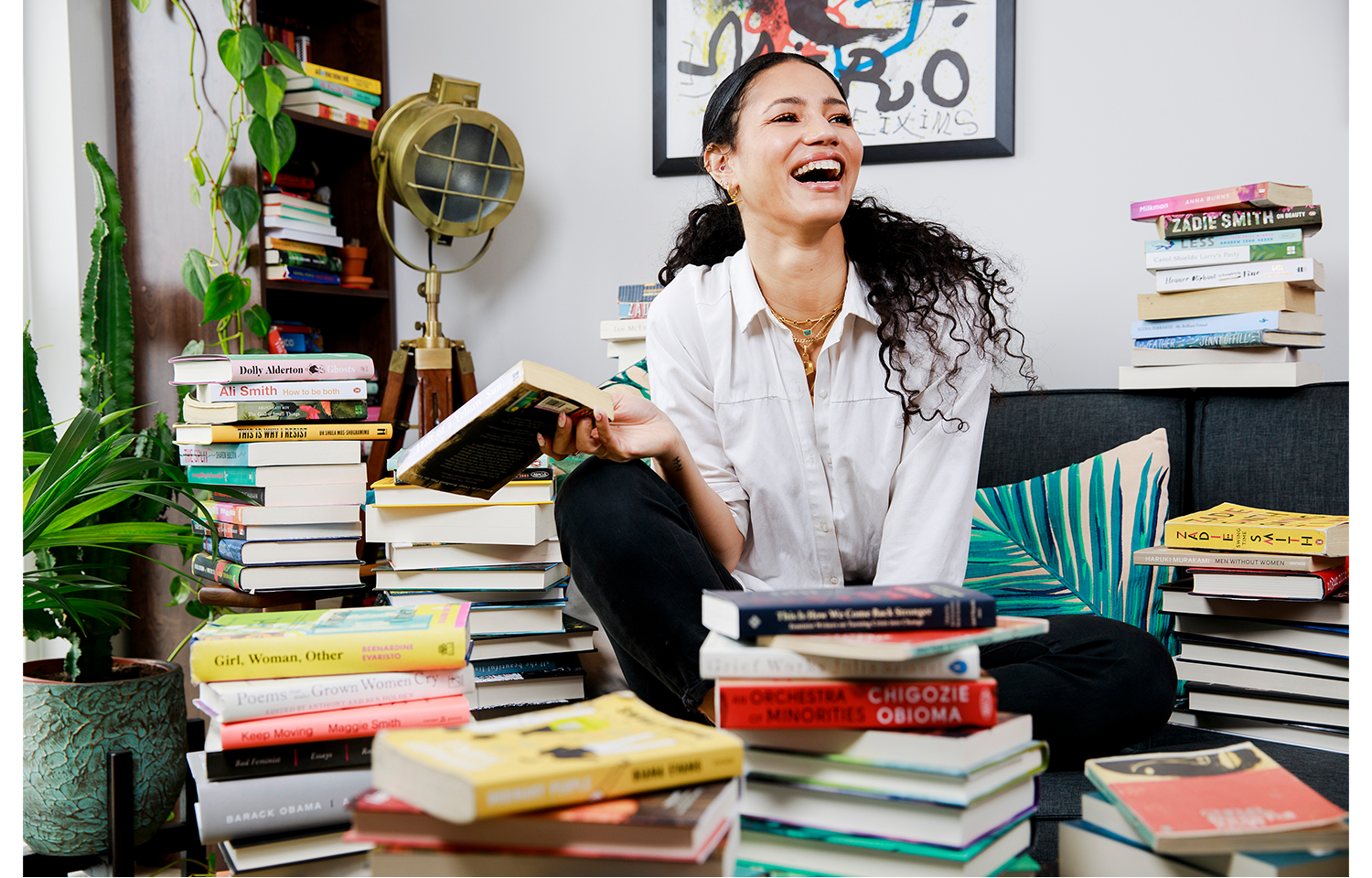 The books that shaped Vick...

Harper Lee’s To Kill a Mockingbird
“I think this was probably the book that impacted me the most. I must have been about 9-years-old when Mum gave me her copy from school. It had all the dog ears and notes in the margins. Mum said: ‘This can't wait – you need to read this now. It's really, really important.’

Although I was probably too young to fully grasp exactly what was going on, I just remember being almost triggered at such a young age by this idea that inequality on those pages still exists like this. This is not just history, but the current state of our world. I think when your moral compass is that of a child you sort of get it. You're just like that's not right so that shouldn't happen. And I think that sort of stoked a level of activism in me.”

Mallory Blackman's Noughts & Crosses
“I remember reading Mallory Blackman's Noughts & Crosses when I was a child and that was a really special experience because I'd never really seen interracial relationships in TV or in books. My mum is Nigerian and my dad is White British, and they got together in the 80s in Newcastle. I never knew that there was any other family like us, or any other love like theirs. This book helped me understand a little bit more about the struggles they went through, but also the joy and the love. I found solace in those pages.”

My mum has told me stories about growing up during the war but she knew it through a child's eyes, so there are lots of gaps in her knowledge – Chimamanda Ngozi Adichie plugged those gaps. She helped me understand my background and my history. But she does it in the most beautiful way. I think every single time you read any of her books, you see new layers of philosophy without her ever philosophising, which is just such a skill. I think she's one of the best writers that there's ever been.”

Zadie Smith’s Swing Time
“I felt very represented on the pages of Zaide Smith’s books, especially Swing Time. [It’s about] this mixed race girl who loves to dance. She loves music. She ends up working in music. I just felt so seen and that's such a special thing, especially as children. You gain this confidence from seeing yourself represented on the page. I found her storytelling so creative and so exciting. I love her books, like NW and On Beauty. I just think she's such a brilliant storyteller. She's funny as well – she's an author that really makes me laugh.”

5 reads to pick up next time you're at the bookshop

The Women’s Prize for Fiction 2021 Winner will be announced on 7th July. You can view the final shortlist here.