If you're anything like the team here at Papier, then you'll be thinking that any upcoming holiday is the perfect time to venture deep into some new podcasts. Whether it's plugging in on the plane or listening on the lounger, a trip away for us means discovering some intriguing, inspiring and funny new audio entertainment.

So if you are like us, and are on the hunt for some recommendations to pack for you next jaunt, Papier's podcast enthusiasts have listed their favorites.

Jess, Stationery Design Manager, on The Tobolowsky Files
I would very strongly recommend The Tobolowsky Files by American character actor Stephen Tobolowsky. He tells hundreds of stories from throughout his life that range from his childhood to his friendship with Talking Heads frontman, David Byrne and how he inspired the character behind the song Radio Head. It'll make you feel all emotions and if you can make it through the five minute introduction by a fairly annoying podcast producer it's well worth it.

Suzy, Web Manager, on She Explores
She Explores is a podcast hosted by Gale Straub who quit her job to spend her life outside. It's a mixture of interviews and user submissions about women spending time outdoors, and lessons learnt from it, as well as interviews with notable people who've started foundations/companies who sell outdoor-focused products. Listening to this podcast always makes me feel better and eager to plan my next camping trip. (Or an escape to California.)

Jodie, Designer, on Hip Hop Saved My Life(Also picked by CFO Tony)
If you’re looking for a podcast that’s light-hearted and extremely funny to listen to whilst on holiday, I would highly recommend Romesh Ranganathan’s Hip Hop Saved My Life podcast. Even if you’re not a big fan of hip hop, it usually features interesting guests (both serious and not so serious hip hop fans). My favorite episodes so far have been with Radio 1 DJ Clara Amfo speaking about her interview with JAY-Z, and the episode with Reggie Yates, listening to his experiences growing up in a musical household in North London and being drawn into hip hop as a young teenager. It’s a great podcast and always has me laughing out loud. Plus, it's really good for discovering new and old music that I’ve never come across before!

George, Digital Product Director, on his 3 favorites
If I could only listen to three podcasts on a holiday they would be:
Radiolab – amazing stories that will change how you think about the world. Required listening. Huge back catalogue.

Reply All – Hilarious, fascinating and occasionally very moving stories about life in the age of the internet.

Mystery Show – a podcast so charming and naive it sometimes feels surreal, like it was produced by a 5-year-old with a team of world-class radio journalists and a big budget.

Sarah, Australia Brand Manager, on her 3 favorites
The Daily from The New York Times – twenty minute investigative news stories that will help you feel smart even after you consumed 5 litres of Sangria the night before.

David Tennant Does a Podcast with... – the friendly actor chats with other friendly actors. I imagine this would be a great one to listen to while you're about to have an afternoon siesta.

Jenny, Customer Experience Manager, on Two Dope Queens
Hosted by Phoebe Robinson and Jessica Williams, the Two Dope Queens of the title bring in a range of their favorite stand-up comedians to tackle current cultural and social topics. Recurrent themes include New York living, race in America, Harry Potter, hair trauma, and Bono. They're pretty great – the title says it all. The hosts have such good chemistry so the show is so easy to listen to. You'll find yourself saying stupid catchy things like 'YQY' or 'sosh meeds'. Plus, you get to hear from a really diverse range of new comedians all in one place!

They tow a fine line between real contemporary social issues and the absurd with silliness, wit, and charm. The format staggers the stand up with their commentary, so you can easily dip in and out of it – perfect for a quick car ride from villa to local village market or pre-poolside-snooze! A personal favorite episode is 'Sitting too close to Queen Latifa', when Jess meets JK Rowling and they talk about Roller Coaster Tycoon.

Holly, PR Manager, on Inc. Founders Project
The Inc. Founders Project podcast indulges my curiosity on my commute every week. Discovering how successful people founded their businesses and digging a little into their personality is something I find really fascinating. Largely covering US brands in the technology sector it has the potential to be a little uninteresting except as I'm realising week after week – almost every fun, cool and interesting brand is doing something in this space from fashion brands to mattress companies.

Listening to it makes me feel as though I'm keeping up with the Joneses. It's great for inspiring interesting holiday dinner conversations with friends or family without discussing your sunburn.

My favorite episode was a conversation with Leandra Medine – the founder of one of my favorite editorial websites ManRepeller. I find her hilariously funny. It's the perfect poolside listen.

Gina, SEO Content Specialist on The Tip Off
Hosted by investigative journalist Maeve McClenaghan, The Tip Off tells the story behind the story. Through interviews with journalists who have spent months and sometimes years chasing tips, clues and anonymous sources, this podcast gives insight into the work that leads up to breaking a story. It reveals just how difficult and sometimes dangerous journalistic work can be. One of the most gripping episodes is the one on how the Pentagon paid a British PR firm $500 million for top secret Iraq propaganda. It's a look into psychological warfare and media manipulation.

If you're getting bored of the same storytelling style of true crime podcasts, this is your upgrade – detective work with less gore but more suspense! It's the perfect entertainment for when you're lying on a deckchair in the sun and are too lazy to read a book.

Rupert, Head of Acquisition, on This American Life
This American Life is full of loads of brilliant different stories to get completely lost in. Some better than others but there's one episode which I found completely fascinating – The Feather Heist. This snippet caught my attention: "You should hear about this kid who just broke into the British Museum of Natural History to steal hundreds of these exotic birds for their feathers, which he sold to Victorian salmon fly tyers, because he wanted to buy a new golden flute. An actual flute, a musical instrument made of gold."

It's such a weird and fantastical sentence I had to listen to it. It's also by an amazing guy who saved hundreds of lives by changing American law to protect Iraqis that had helped the US military from being persecuted. It took years and when it was done he took up fishing to relax, which is when he heard this story and decided to dig into it.

Want something to read rather than listen to? Lutyens & Rubenstein have compiled the best books to fill your hand luggage with. 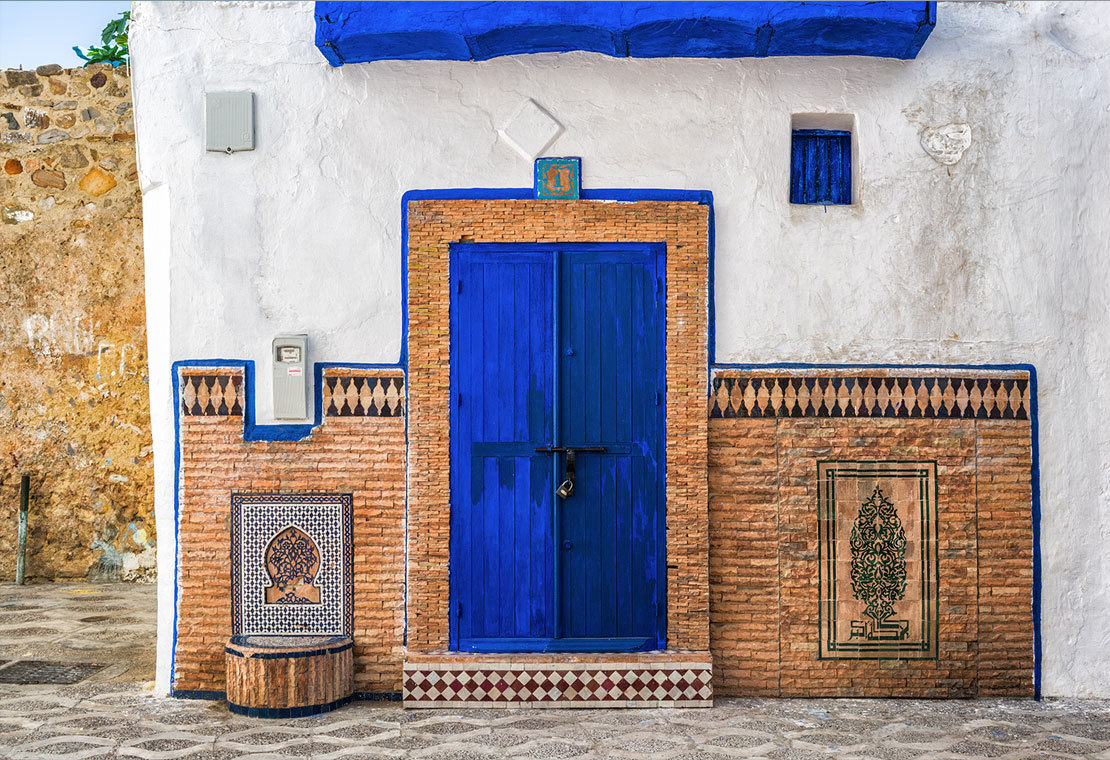 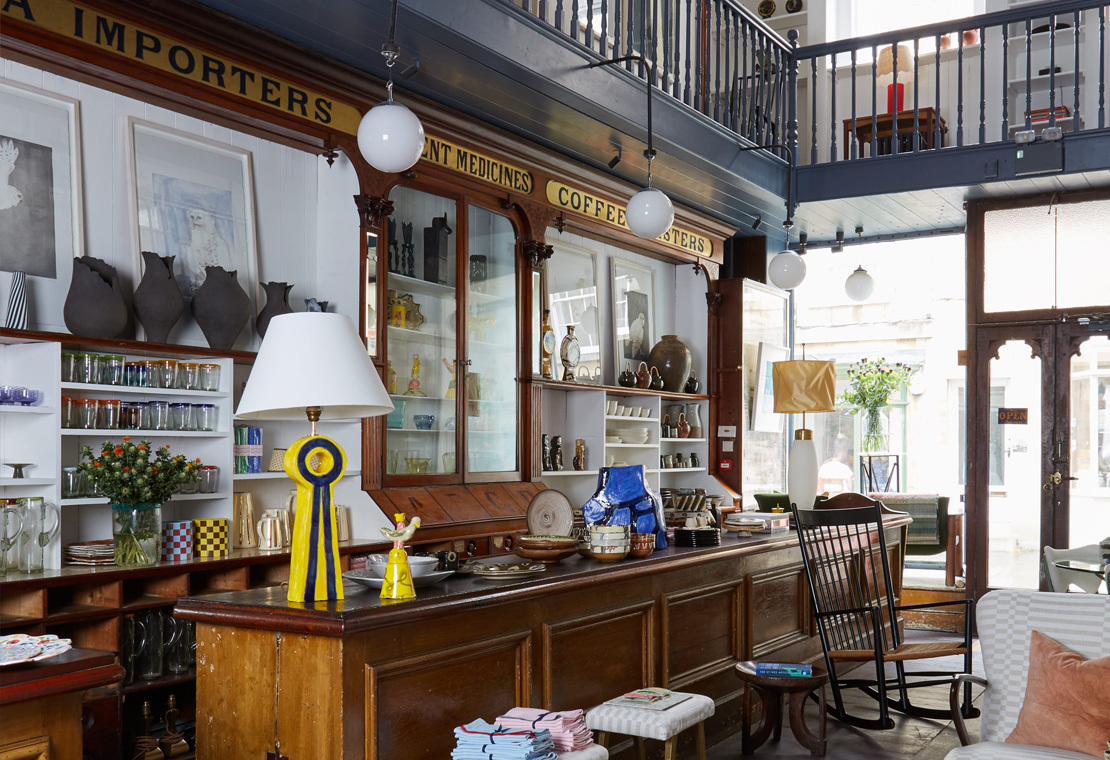